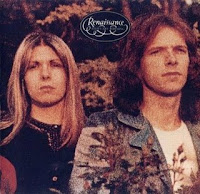 “Dollars down the penny drain/Frozen in the Clouds/Dream away the last pain/In waterfalls of sound” amazing lyrics from a young man who’s been listening to the music of Renaissance which features the legendary vocals of Annie Haslam. For me, I’m a huge fan of the Annie Haslam-era and their fourth album, Ashes Are Burning, released in 1973 is one of the most elegant albums I’ve listened to. If you love Yes, then this band you definitely need to check out. Their albums from 1972 to 1979 are just prominent, melodic, enthusiasm, and emotional if you want to enjoy the music. For example, the opening number on Ashes Are Burning, Can You Understand? starts off in a dynamic forceful energy with a symphonic orchestra along with a grand baby piano that begins with a dramatic feel while Jon Camp is doing Chris Squire on his bass doing an unbelievable bass solo and then the harmonizing vocals coming in as the crisped sounds of the acoustic guitar come in strumming as Annie sings like an angelic figure. She has this soprano voice like no other – different than the influential sounds of Christina Booth of Magenta fame – as the music becomes very up and down beats as she is like the narrator telling the story to a young audience about the lifetime sunshine and love coming through the open air as the instruments including a string quartet come upon her match like a magnetic beam as they match well out of the magic they’ve created.
Let it Grow is very lukewarm in a folksy ballad that takes on the first side of the album. It deals with the situation on the finding the right key on who is the real person inside and being free on who you are in which Haslam sings the line ‘Spending days just holding hands and feeling free/play around, watch the sunshine coming through/come around, stay around, watch the loving grow around you’. The lyrics are spot on and it’s almost like a Fairy tale story and motivated – all of the above. On The Frontier is an homage to the Strawbs with a small appearance of the Moog coming in with a Bebop Jazz take right in the midsection while it has a classical technique as it talks about a group of people living in the settled area outside of the country looking for a new day and the seeds of yesterday are breaking through to the listener and joining the day in a new beginning for the frontiers to search for a new land.
Carpet of the Sun which has become a live favorite for the band including an storming performance at Carnegie Hall in New York City recorded in 1976, has a moderately warm beat. The line was taken from Betty Thatcher who wrote the lyrics for this album, based it on a children’s question about her grassy lawn. This has another homage to the Strawbs again with an emotional ballad while men who saw the group perform were fighting back tears during the piece while At The Harbour which talks about their wives waiting for their fishermen to come home during a disastrous storm that was about to hit them. Anyway, this has a classical guitar beauty done by John Camp while Annie sings in a mournful away about the fishermen in a funeral momentual piece as if it was a traditional folk hymn including an somber organ sound which sets the scenery of the harbour. The finale of all finales which is also another live favorite, the 11-minute title track that is one of their most magnum opus in a haunting arrangement and composition.
Even though it has a lot of surprises including a bass solo, piano, organ and a dynamic time signature that goes different beats per measure, it might be impossible to do the piece again for them if they want to do another reunion one more time. If you love to get into Renaissance’s music, then Ashes Are Burning is a starter to get you going.
Posted by znathanson at 10:27 PM