As we are getting close to the end of 2021, it has been quite a magical year for incredible artists, bands, and various genres to knock it out of the ball park during these hefty times. Some concerts are coming back, but done very carefully. Now there are some that are head-scratchers, un-expected momentum, and surprised choices I’ve picked, you just have to live with that. 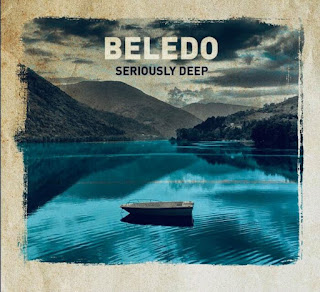 Hunter S. Thompson once said that “Music has always been a matter of energy to me, a question of fuel. Sentimental people call it inspiration, but what they really mean is fuel. I have always needed fuel. I am a serious consumer. On some nights I believe that a care with the gas needle on empty can run about fifty more miles if you have the right music very loud on the radio.”

Music will always be a part of your life, no matter how long it will resonate with you. For Beledo, he always bounce back to the groove with his latest release from the MoonJune label, Seriously Deep. The genesis behind his follow-up to Dreamland Mechanism started out 11 years ago when he and Leonardo Pavkovic first met and have appreciation of the music they shared with each other.

The title came from ECM label artist Eberhard Weber from his 1978 release with Colours entitled, Silent Feet. Both of them had admiration of Weber’s music. But it had a huge impact from Beledo when Jorge played him the album in its entirety from start to finish 43 years ago. And that was where the gem resonated from.

With Tony Levin, Kenny Grohowski, and special guests that include vocalists Boris Salvodelli and Kearoma Rantao and vibraphonist Jorge Camiruaga who introduced Eberhard’s music to Beledo many years ago, it brings their friendship full circle for their latest release as it becomes a flower ready to bloom at any second.

From the moment the opening title-track begins, you feel as if you’re inside a dream. Beledo’s acoustic piano sets up these oceanic landscapes to fill the entire stratosphere between Levin and Grohowski’s puzzle pieces to fill in the empty space. But it’s his guitar that becomes a paintbrush at times.

Beledo paints in the styles of Bob Ross and Jackson Pollock. He creates both the mysticism and visual imagery that he brings his portrait to life. With each color he puts on the board, Levin and Grohowski are there to help him out whenever they can to fill in more of the gigantic trees or a sunset to fill in the final blank.

Kenny pounds his drums very structured. He creates the river wild on his drum kit while Beledo cries out each note by bending the strings exquisitely before going into this unexpected change on Weber’s composition.

Levin’s Bass follows the two in hot pursuit as if he’s cooking scrambled eggs for breakfast by seasoning it with an enormous amount of Tabasco sauce on his upright instrument to add that extra spicy flavor. Quite an introduction to start things off with a bang.

Mama D is a trip down to Crimson land with National Health thrown in as Rantao’s vocals lays down some of that romantic textures with the rhythm section setting up these time changes for Grohowski following her vocals in a hot melodic lead. Coasting Zone is a walk into a Broadway skip lane the trio create in the styles of a pounding powder keg waiting to explode.

Between Grohowski and Beledo lighting the fuse, it is an unbelievable result by adding more intensive lines they create for Levin to calm the scenario down as Maggie’s Sunrise gives the three-piece a chance to cool down as they watch the sun go down as if they’re drinking Daiquiri’s to toast each other for a job well done.

Knowing they’ve got something wonderful up their sleeves, it’s quite an eye-opening experience to witness a warm-relaxing moment to witness the ball of light heading down the west with Camiruaga’s vibraphone embellishing the Gershwin-like textures to have a party at the very end. Knocking Waves is a futuristic composition that Beledo has created.

He gives Tony a chance to come center stage in the composition as he adds some double-tracking tempo on his upright bass to set up the midsection for Beledo channeling Steve Howe’s arrangements in Yes’ Close to the Edge. He channels Steve’s vision by witnessing the waterfalls pouring down rapidly into the volcanic mountains that were envisioned by Yes illustrator, Roger Dean.

But it’s Levin that adds more watery landscapes by going up and down a spiral staircase that awaits its listeners to see where the next parallel door will come upon us. Beledo hammers it down with some brutal wah-wah arrangement as he punches back and forth with Grohowski’s snare-like grooves that becomes a snake sniveling to eat its next prey.

A Temple in the Valley sees Boris scatting down into a gentle view of the world. Beledo creates these melodic tempos for him as he goes from high to mid arrangements on his vocals to climb the highest mountains and scat like no other! There is something very Zappa like in this track.

In the midsection, Beldeo and Boris walk into the Hot Rats territory as they continue the extension from Peaches En Regalia honoring The Grand Wazoo up in the heavenly sky. Quite an achievement that Beledo channels the mastermind’s playing by walking into this Blues-like mystery for Kenny to go into a ramming speed on his drum set before Levin lays down the law once more.

Who knows what the trio will think of next? A tidal-waving effect? Volcanic eruptions? It’s up to you to decide what the trio comes up in this cliffhanger finale. The funk-like ending Into the Spirals Levin channels Bootsy Collins by climbing aboard the mothership as they channel the styles of Parliament’s Give Up The Funk (Tear The Roof Off The Sucker).

Man does Beledo tip his hat to not only Bootsy, but George Clinton as well. Seriously Deep is a spectacular release from the MoonJune label this year. For Beledo, he has given a lot of strength and hope throughout the entire structure of the album. And I hope to hear more from him in the years to come.

Posted by znathanson at 10:31 PM No comments: 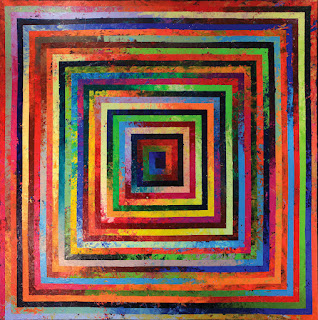 From the moment the female voice describes the opening statement, “The waves and the patterns are merging.” It would start things off with the album’s opener, The Waves. It becomes a disturbing nightmare that Chris Cordwell and Nick Raybould would create. It has this ‘80s video game-like structure from Super Mario Bros. 2 as you enter different parallels of the pyramids with these film-noir like atmospheres as the clock ticks rapidly.

Then, the powder keg becomes a fuming heat to increase the next track Rat Race. Nods to Roxy Music’s The Bogus Man and Bowie’s Earthling-era, it’s a freak-out like no other. Cordwell and Raybould would duke it out in a boxing ring punching each other between their instruments. Hay-wiring chaos at its best, it is a batshit composition that would keep you guessing until the end.

Fluctuate is a journey into the unknown. A chilled-out futuristic string-section wasteland that you’ve never seen before while Beatwave channels Devo’s Oh No! It’s Devo-era as they have their pumping iron muscles to get your blood flowing for Nick and Chris tipping their hats to the Spud patrol with a Vivaldi-like crossover.

Mobius Trip becomes a ladder-climbing composition for the duo. They climb each of the ladders that transform into various patterns by reaching to the top of the mountain with a challenging pace by going into a mid-fast tempo for the guitars to slide down in one section to another.

Devoider closes the album by leaving the hot temperature levels inside the jungle. Hallucinated nightmares come to life for Thought Bubble as if they teamed up with Ozric Tentacles and the Irrlicht-era from Klaus Schulze. It is a crazy re-arrangement as they take us into a lane filled with gigantic mushrooms waiting to be eaten for the rest of the month!

Thought Bubble’s ‘Around’ is one of the most mind-boggling debuts that will keep you guessing until the end. ‘Around’ will be talked about in the years to come in the roaring ‘20s. And I hope to hear more from Thought Bubble in the next adventure that awaits them.

Posted by znathanson at 10:08 PM No comments: