To my fellow Blog Readers,


I will be on Hiatus, but I will be on my Facebook site. So I will be taking a long break in November and December because of Mid-Terms, Thanksgiving, Final Exams, and Christmas coming up. Now I may appear with a review, so don't worry I will be back with one.

See you soon and have a great Thanksgiving and a great holiday, see you in 2011!

Zack
Posted by znathanson at 6:17 AM No comments: 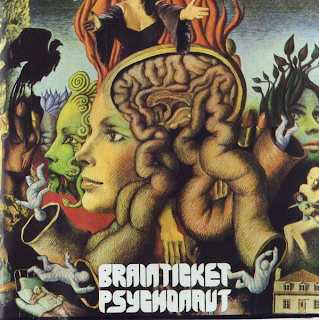 This is almost a rumbling prog rock instrumental piece as the musicians give their strengths and all their might to close out this explosive composition. This album is a lost gem and Brainticket themselves deserve a huge pat on the back. They could have been bigger than CAN, but they are a band that deserves a lot of attention and lot of recognition they need throughout the Prog and Experimental community.
Posted by znathanson at 6:33 PM No comments: 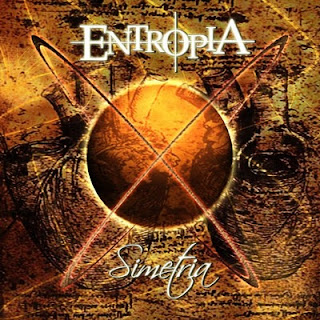 Are Entropia following in the footsteps of Dream Theater? That might be a risky question to ask from a prog-fan including myself. The reason it’s a risky question because the Progressive Metal scene comes with a mighty bang – heavy guitar riffs that are melodic and classical, story-complex concept albums and you have your admirers including: High Tide, Rush, Uriah Heep, Queensryche, and Opeth to name a few. It’s not like the genre has found a new audience, but for Colombian band, Entropia are probably the next Dream Theater, then the Progressive Metal genre is being a force-like beginning for fans.

Here’s a band that have a debut album that knows their traditions in the Colombian state. It is boarded in Venezuela by the east while its northwestern republic in South America between Peru and Ecuador. This helps Entropia take the music to bring peace to their hometown in Bogota. This is Prog as it gets. Simetria (Symmetry) gives an A+ and it needs a lot of good grades, even though for the direct approach and mind-boggling power, it takes a lot of power for the compositions to give it a real kick to it.

The album begins with the salsa turned roaring rock sound that is called Teorema. It has a melodic rock sound along that features a cosmic guitar solo and a magnificent bass line along with the vocals that resembles James LaBrie singing high above the mountains of the Grand Canyon with the band helping him out. Elsewhere, The Cube, has its metallic riffs and electronic futuristic scenery and more of the jazz fusion bass work that reminiscent of a symphonic version of Bruce Dickinson conducting Opeth as they teamed up to created a mesmerizing journey when they head back to earth and push the envelope more and go back into the Prog sound of Poetry in Motion.

There is a lot of time changes and textures on the debut album as heard on Real Lies which starts out with the moog sound very cosmic in the realms of Pantera, Opeth, and Hawkwind have teamed up as Space Cadets to search for a new land like they’ve have been bring the screaming and growling aspects of Phil Anselmo and Mikael Akerfeldt to help them out. There’s also a dooming element too, with a shattering guitar line that has a real twist while the drums sound like a machine gun and fighting to die for freedom in a blaze of glory. Meanwhile, there are hints of Rick Wakeman’s keyboard solo, Dimebag Darrell’s guitar work, and bassist Tony Levin working together creating a mythical sound on the 8-minute title track. It’s pure Entropia right there and there’s no excuse to say why this band are unbelievable and give you a kick in the gut big time.

Primarily, the ambient and majestic moody turned into a battlefield of Tolkien Metal in the realm of the Lord of the Rings trilogy, Transitions with it’s soaring guitar work, soothing keyboard work, pumping drum work, and bass work as well, it really works like an epic score to a movie or video game that just has your ears saying “What the hell is this and how is this so fucking good?!” You can hear a bit of Iron Maiden and Judas Priest’s twin guitar sound homage, but it’s a real goody in the instrumental format, but it expresses very well.

The eerie and moody sound is back into the core with the haunting yet sadness childhood memories of Elements. You can tell that the singer has emotions through the pain as he sings like if he’s about to fight back tears with: “Whispering a lullaby, the girl now lies in the corner/She said the day she’d leave, I’d meet my father/True words, uttered, oh, and I became a mourner.” What he’s saying is when you leave home, meet your father, but now since he’s passed, he’s now mourning the loss of the father he barely got to meet and never got the chance to bury the hatchet.

It really hits home with some of the listeners on missing their family and hoping to reconcile, but finding out that one of your loved one is dead really hits you like a ton of bricks. At the end, the guitar solo is flourishing and weeping to the scenery of the lost one as it hits one of the highest frets to reach cry of pain and sorrow, it’s so good, yet tearful at the same time. This and The Sphere is a two-part mini rock opera in the realm of the Scenes from a Memory-Era. The song deals with now that Lillian and his father are gone, Sophie, her daughter is suffering through a mental breakdown as the growling vocals and the operatic high vocalization fit the scenery as he tries to help his new love be sane again.

The 11-minute closer, Epilogo, is the ultimate climax, a terrific finale that sets the tone on the main character’s daughter struggling to survive from her breakdown that ends in a finale that I can’t spoil for you. This is the kind of piece Entropia do best throughout the number with it’s reminiscing of the Dream Theater sound on Simetria, filled with an acoustic, power metal, and energetic flames that don’t burn out. This is their debut album and they are only getting the wagon rolling early right now and they hope the wheel doesn’t come loose and see where they might lead to.

Entropia are doing something different in their hometown in Bogota. They have a bit of Opeth, Early Metallica, and Dream Theater in their flesh and blood than doing Megadeth and there’s again the sound of James LaBrie, Phil Anselmo, King Diamond, and Bruce Dickinson on the vocals. They capture the spirit of Progressive Metal through a speeding in the realms like Pain of Salvation and Symphony X, while Entropia have in their hearts and minds, it’s amazing that it sounds fresh and brings the music genre rock sound strength to strength.

Simetria is the most excellent album that Entropia have brought to the table. They are geniuses and damn they are so good they are going to be the next Dream Theater and let me say, there is hope and the dreams will come true to them.
Posted by znathanson at 9:46 PM No comments: