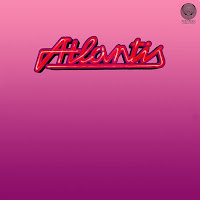 Taken their name from Plato’s Timaeus and Critias, Atlantis was the brain child of Inga Rumpf after her original band Frumpy split up in 1972 after the release of Frumpy 2. The group was formed in that same year with a new line-up which featured a new line-up including two members from Frumpy; keyboardist Jean-Jacques Kravetz, guitarist Frank Diez, drummer Curt Cress, and Frumpy bassist Karl-Heinz Schott who joined the line up. The group would later bring John Burns, who’s famous for working with Genesis on Foxtrot and The Lamb Lies Down on Broadway, to produce their legendary self-titled debut album released in 1972 that would put the Krautrock genre a huge surprise like no other.
There are complete unexpected surprises when you listen to this and a general direction they take, but for Atlantis, it had a complete different capacity into being a sensational rock band. Inga Rumpf is still shining brilliantly with her magnificent vocals which are a similarity of a female version of Paul Rodgers. Bassist Karl-Heinz whose influential sounds of the Funk-Rock tendency and the homage to Band of Gypsy’s Billy Cox and seeing the Prog favors while Diez is doing an homage to John McLaughlin, Hendrix, and Jimmy Page and Curt Cress drumming technique is a sibilance to Mitch Mitchell and John Bonham.
There’s a lot of ingredients on here, but for Atlantis, it had more of an influential Hard Rock sound with a R&B/Soul influence in them. Which is breathtaking from start to finish in its reissue glory and that is why the Vertigo label released such a grandiose lost masterpiece. The reaction of the self-titled debut album is a huge 100% positive. Beginning with the pounding piano rocker Get Up that has a dancing rhythm like no other by adding a soulful rock meets a darker taste of a German version of Led Zeppelin. Big Brother is a unbelievable crossover between the Jazz Rock fusion sound Colosseum meets Traffic along with the pounding conga sounds of the late Reebop Kwakuh Baah while Rock ‘n’ Roll Preacher is a Blues shuffle rocker in the mind of Rod Stewart & The Faces style as Maybe It’s Useless has more of a Free homage. Let’s Get On The Road Again which was sampled by Andy Votel on his Vertigo Mixed 2005 compilation, is a pure sing-along upbeat tempo as Reebop takes over his congas to come up with a driving along into the sunset in this driving rockin’ number as Inga sings her heart out during the song.
And then the unthinkable, they go Fusion again! The 9-minute composition, Living At The End of Time is fast-sped number which combines the sounds of Blues Rock and of course Jazz Fusion meets ‘70s Heavy Metal which is Rory Gallagher’s Taste meets Weather Report meets Budgie. In it, you can tell that the band were having a grand old time doing it as they coming up with some crazy licks on the keyboards, drums, bass, and the guitar which is very similar to Ritchie Blackmore in what Frank Diez is doing. How awesome can you get during at an epic like this? Words of Love, not to be taken by the Buddy Holly song, but written by Rumpf herself, has more of a folky acoustic lukewarm ballad which could have been inspired while she was listening to british folk bands like Trees and Mellow Candle and then becoming a Ballad Hard Rocker uptempo beat which has a Bad Company style while the bonus track Mainline Florida which Eric Clapton covered for his masterpiece 461 Ocean Boulevard, sounds fresh and technically a tour de force! Brilliant and of course, Astonishing? You bet your ass they really. Atlantis are the band that deserves the Prog Hall of Fame at the right time and at the right place.
Posted by znathanson at 7:10 PM