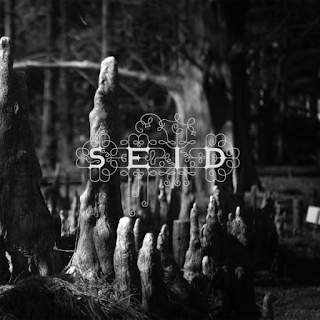 When a band goes into the voyages of Space and Time, heading towards the milky way and into different planets of the solar system to meet new creatures and resolve peace between the humans and alien life forms, then you probably might want to fasten your seatbelts as a band from Norway are now the new captains of the Battlestar Galactica. Seid is one of those bands that know about the Space Rock genre very well.

The band have been around for a couple of years and they have carried the sounds of Hawkwind’s music very well to make sure to stay true to the band’s music and hopefully to become the new Masters of the Universe and the Sonic Rituals of the Space Rock sound. And since this my introduction to the band’s music, their third album, Magic Handshake, is a raw, heavy, and in-your-face album that is completely out of this galaxy and make the jump for light speed, because there’s no turning back once you hear this from beginning, middle, and end.

From the ferocious introduction of Space Pirates Return, featuring throbbing sounds of the guitar going into full gear in the styles of; both Space Metal Punk and adding Swirling synths into the mix, you know that something special is going to happen.  The effects of the noise and punchy rhythm sounds have this beautiful strategy to make it feel as if they had written this for the score for the TV series Star Trek and the late Gerry Anderson’s cult sci-fi classic, UFO.

The soothing late ‘60s psych vibe comes into a dance-like movement with female vocals on the touching Decode the Glow and adding a heavy saxophone section to shine through the stars and make it very interesting and twisted. As the jazzy roaring rock touches on The Dark Star is Waiting and the chaotic punk edges come back in the controls on Fire It Up and The True Merry Poppers, it’s the eight minute Indian vibe of peace to calm the heavy sounds into a darker territory of Tron and the uplifting finale, Sister Sinsemilla featuring the keyboards setting the background for meditation and spiritual guidance.

They really provided almost the soundtrack to Stanley Kubrick’s 2001: A Space Odyssey through their sound and vision which is haunting, spellbinding, hypnotic, and adventurous at the same time. Seid’s Magic Handshake is not an easy album to listen to, but after a few listens it’s quite understandable where the band’s music is going into and it has finally shown how the music can hint at where they might go into the nearest future and its brighter as ever.
Posted by znathanson at 11:08 PM