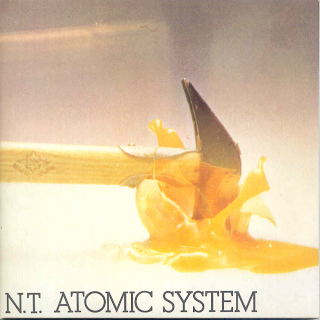 Released in 1973 on the Magma label, the avoiding confusion between band members must have been a very difficult time period for the Italian band. So why was there avoiding and disagreements with this? Well let’s set a little background, after the release of UT was successful in 1972, there was tension between Vittorio De Scalzi and Nico Di Palo. Soon there was a lawsuit between the two of them to decide who owns the rights to the name of New Trolls and De Scazli won his battle and even though Vittorio wanted to avoid confusion, the new incarnation from him with New Trolls Atomic System already sounds like a futuristic rock beauty that seemed that was at the wrong place at the wrong time due to the court case, it’s a perfect antidote of this unearthed classic.

Vittorio’s version of New Trolls throughout 1973, is quite breathtaking and Atomic System is quite beautiful of the influences of classical music, jazz, and folk that influenced the Italian Prog sound from a band who moved away from the first five albums into unbelievable uncharted territories that still sounds fresh and very impressive since the album was made during that time period and let’s just say that while the legal name was still going on, you can hear the pain and anger in this album from start to finish.

From the sounds of Symphonic Jazz Rock, you’d hear influences raging from ELP, Jethro Tull, Gentle Giant, and Dick Heckstall-Smith with much more horn sections you can hear on Quando L’Erba Vestiva La Terra with an acid freakout jazz section as the operatic opening prog free-for-all keyboard twister sound of La Nuova Predica Di Padre O’Brien, makes it an attempt to follow into the Aqualung-era meets In a Glass House-era while the mellowing Ho Visto Poi is quite a dreamland adventure into wonderland with its atmospheric sound of guitar and keyboards filling the scenery. After that, it comes to the soaring yet adventurous overtone reminiscent of Triumvirat on the 8-minute Tornare A Credere, but their take of Mussorgsky’s haunting classical composition, Night on Bald Mountain (Una Notte Sul Monte Calvo) which was a single for them, sounded like it was recorded in 1982 and could have been used for the opening credits of Dario Argento’s Tenebre.

Veering into the Goblin sound of the Roller-era, Ibernazione, a fusion-sque roar of moog’s going haywire is quite evidential that provides female background vocals, militant drumming from the haunting gothic sounds that provides the groove flavor to it as they bring the English song styles back into the core on Butterfly which closes the album into late ‘60s psych-folk sound that reminisces Led Zeppelin’s Thank You with heavy acoustic guitar rhythm section and some amazing percussion sounds that would make you think how amazing this track could have been an opening fanfare for the soldiers to come back home after a long day fighting a brutal war.

In retrospect, it doesn’t matter about the court case, this is a must have for Italian Prog or Prog lovers to sink into, which has been a collector’s item to buy online. By the way, the music is plain brilliant and top notch that would pop the cork out of the champagne and celebrate.
Posted by znathanson at 7:05 PM