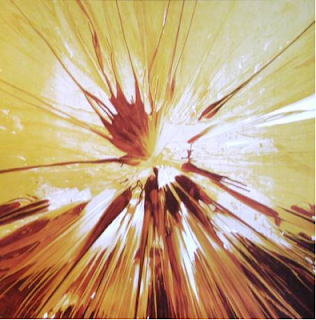 Already a collector’s item, thanks to the vinyl reissue and giving it a second chance, there is a lot of hope for an unearthed band that never saw the light of day and this Italian band would have made Lee Dorrian’s feet tickled for joy. La Seconda Genesi’s Tutto Deve Finire was originally released on the small indie Italian label Picci in 1972 and this album almost sounds like an early beginning of Italian progressive metal renaissance of Jethro Tull meets The Jimi Hendrix Experience with a mighty punch plus adding jazz, classical, and the sounds of the Avant-Garde sounds of the 20th century, it could be viewed as an obscure Italian gem.

Like a breath of fresh air on what would have made them the darker version of the Italian Rock scene, it’s not your typical symphonic and glorified enjoying pleasures than what Yes and ELP were doing at that time period. There’s a haunting introduction of a jazz-psych freakout with the opening track Ascoltarsi Nascere where the sax pays tribute to David Jackson and Lox Coxhill while it goes through various moods while L’urlo paints a reminiscent picture of an earlier beginning of the Omar Rodriguez Lopez quintet where you can hear parts of the composition on Boiling Death Request a Body to Rest Its Head On.

Then we come to the spooky and haunting melodies on Se Ne Va Con Noi. You could hear the influences on King Crimson’s Lizard with its mourning organ and pounding drum section as if its telling the story on how death is waiting to approach us whereas Vedo Un Altro Mondo is a roaring guitar, flute, and organ fierce structure that will have your socks blown out of your feet. Not to mention the flute pays tribute to the Stand Up-era of Jethro Tull meets Flied Egg’s Goodbye. Mind-blowing and somewhat breathtaking on that if you have a craving of the early beginnings of Progressive Metal.

The militant sinister rocker, Dimmi Padre has more of the various improvisations to combine a structure of Symphonic Metal’s early days where you have a pounding bass line, sneering and flourish organ sound, and not to mention the drums and flute going at it like they’re in the battlefield fighting for their lives and not to die as a punk. Breve Dialogo is a 1-minute classical guitar instrumental where this and the organ set up a beautiful scenery like almost as if you are walking in the forest waiting for the sunrise to come up for a wonderful and beautiful day in a glorified way.

Then it goes into a hard rock shuffle mode on Giovane Uomo that chills the groove and gives it a dance feel where you can see them dance to this composition not to mention they would dance straight to the time changes as the finale, Un’infanzia Mai Vissuta starts off a calm-like finger picking Spanish guitar as it goes up and down the frets as if the piece is to let the listener know that everything’s okay while the electric guitar, organ and the flute come up with some emotional melodic structures to set the tone of the piece.

An unsung gem, that is worth to spend your hard earned cash on and something to look and listen to from start to finish.
Posted by znathanson at 7:52 PM