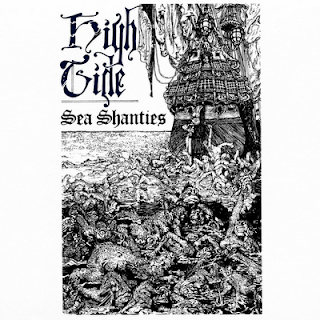 There’s a lot of debate to decide where to start with the birth of Heavy Metal and who was the first band that started the wagon rolling. They think of Black Sabbath, Led Zeppelin, Jimi Hendrix, Cream, Kinks, or the Who to be more precise, but one of the most obscure bands to come out of the woodwork was High Tide, an unknown proto hard-rock band that had an eerie and dark flavor with some sneering guitar work and fierce violin playing that really would set the tone for the stories of Edgar Allen Poe.

Featuring Tony Hill of the garage rock band, The Misunderstood and Simon House who would later join the Space rock cadets Hawkwind, High Tide started off as a backing band when they played on Denny Gerrard’s album, Sinister Morning, Gerrard who was so impressed with the band, produced the band’s first album, Sea Shanties released in 1969 on the Liberty label. When Sea Shanties was released it was received an unanimous review from the Melody Maker, but it’s now stood the test of time and has remained one of the most obscure gems that almost gave birth to hard rock and progressive metal.

The album itself has a fierce feedback noise sound between Tony Hill and Simon House as they duel it out. Sometimes it’s raunchy, calm, evil, and loud at the same time. Almost as if The 13th Floor Elevators have gone heavy metal on our asses with a mighty punch with Pushed, But Not Forgotten and homage to the Doors Soft Parade-era on Walkin’ Down Their Outlook but then the noise goes up to a high voltage as Hill and House duke it out with guitar and violin on the 9-minute instrumental epic, Death Warmed Up and the fierce volcanic eruption opening rocker, Futlist’s Lament still scares the shit out of listeners. 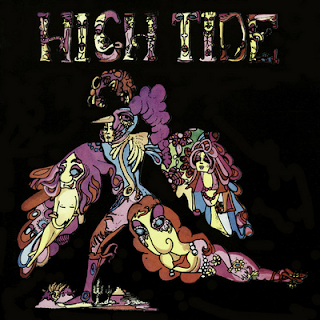 Sea Shanties is a disturbing album, but sometimes un-fucking-believable. Then comes the second sole self-titled debut album released in 1970. It may have mixed feelings and may not be everyone’s cup of tea, but the band decided that it was time move away from the hard rock sound and move into the acid folk sound with a psych-prog flavor taste to it. However, they show their true colors on the three tracks including the psych wah-wah fantasy opener guitar/violin duel, Blankman Cries Again.

Then they go into a jazz rock sound in the realms of the soaring mournful organ beauty of The Joke while the 14-minute composition, Saneonimous sounds like an early incarnation of Luv Machine meets Catapilla with an attitude. It’s not the greatest album that they made, nor an okay album, but it’s definitely worth checking out. The two albums which have been originally reissued on the defunct Eclectic Discs, is reissued from Esoteric that features rare bonus tracks and its worth checking out.

Now you might ask, what is the most obscure album worth seeking? Check out Sea Shanties and see what you think.
Posted by znathanson at 10:03 PM