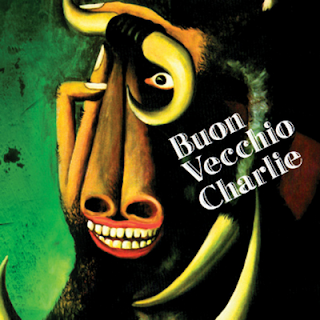 The obscurity of Prog’s hidden treasures or the great lost albums of the prog/psych period (a little homage to Lee Dorrian), has become quite a special treat for music lovers to find the album at a huge price for $1,200. One of those bands was a little and unknown band from Rome that released only one album, but never got released and was shelved. Buon Vecchio Charlie was founded in 1970 as a five-piece band and owned more to ELP, Locomotive, and bits and pieces of the early days of VDGG.

Unlike PFM and Banco, the five-piece considers; lead vocalist Richard Benson, guitarist Luigi Calabro, saxophonist Sandro Cesaroni, keyboardist Sandro Centofanti, bassist Paolo Damiani, and drummer Rino Sangiorgio. You have to admit they really pay tribute to the British Prog Rock sound like a real kick in the gut and show their true colors on this unreleased treasure that was finally given the green light back in 1999 when reissue label Akrama finally decided it was time to give the credit it deserves.

For this album, the self-titled debut is avant-garde, electronic, classical, folk, and experimental art rock like never before which possibly could have made it sound like it was recorded in a gothic cathedral to show how music is made and not showing off. The 12-minute instrumental rompous turned sing-along beauty rocker Venite Giu Ai Fiume, which pays tribute to Grieg’s Hall of the Mountain King in small excerpts. At first it has a mind-blowing time changing experiment, then it goes into a jazz fusion flute freak out session in a psychedelic style while it becomes a mourning song and then back into the last 5-minutes in a mind-boggling adventure as the classical piece comes into the picture to close the dance to a sudden and dramatic ending.

Evivva La Contea Di Lane pays tribute to Biglietto Per L’Inferno’s Confessione meets King Crimson’s Lady of the Dancing Water and adds the organ to a soul sound in the realms of the Stax sound and keeping the heavenly clouds occupied and keep their hearts held high in the soaring sky with the sneering sax solo at the very end while it all comes down to the 5-part 15-minute epic All’uomo Che Raccogile I Cartoni. It starts off with a Mason Williams classical guitar opening composition as the flute comes in to set the mood on what’s about to come.

Then the heavy guitar, organ, and sax comes in with some mind-boggling predicament with another jazz-orientated Canterbury sound as the tempo calms down at the 5-minute mark as it becomes a haunting passage with a spooky guitar, organ, and flute orientated beauty while the sax sets the tone of arrangement as it goes into a proto hard-rock mode and then it becomes futuristic with the moog as the vocals calms down while the last 5-minutes becomes a roller-coaster ride you’ll never forget with Miles Davis Silent Way passages into a thunderstorm finale with the moog closing the piece up and giving the heart beating 156.

The only and one debut album from a band who never saw the light at the end of the tunnel, could have gotten bigger than PFM and Le Orme, but this is a real treat for Prog fans to sink their cash into. Is it worth listening to? Yep, if you are a lover of Italian Prog, this is the key ingredient to look into your heart and soul.
Posted by znathanson at 6:56 PM