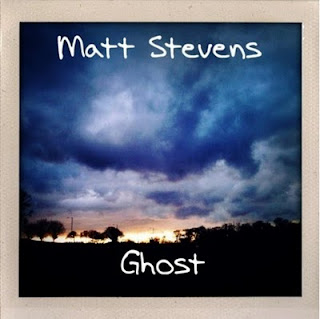 There’s a lot of surprises in the download community in store for Guitar lovers around the globe, for Matt Stevens, his new album, Ghost as the follow-up to Echo, is one of the most magnificent acoustical beauties that really deserves a lot of attention to music collector’s of the Prog genre out there. He isn’t like Jimmy Page, or Carlos Santana, but on Ghost, it’s almost like an experimental journey that fly’s majestically.

Stevens releases his music online and it’s a perfect ingredient to get the word out. He’s one of the most up-and-coming virtuoso guitar players that I really enjoy hearing the music. This isn’t your daddy’s instrumental guitar album; this is a work of genius mastermind who isn’t playing the guitar to show off his talent, but a guitar player who know his love of the Progressive music scene.

Matt Stevens is going to be next Jonny Greenwood and Robert Fripp by using a lot of the layered guitar sounds and very much making it very ambient and atmospheric. I could imagine Fripp having a huge grin on his face when he sees Matt performing as if he’s passing the torch to him as if he’s taking over the guitar world. With Ghost, he is the conductor and makes his own music that he’s helping them to see where he would go with his guitar sound.

It begins with Into The Sea; a moody classical piece that shows again his love of Ottmar Liebert’s guitar beats and the intensive percussion beats on the track. There’s a bit of the dramatic and reaction throughout the piece as he plays each note on the guitar. The beats provide adds tension as the number groove through different changes in the composition.

The energetic comes forward on Big Sky. This tune has a New Age yet atmospheric moog-like sound. The tune is has an upbeat tempo, it adds the space sound as he uses the Kosmiche effect sound with a little bit of the NEU! 75-era for a good reason, you have the whooshing effect with a lot of amazing techniques and flying into the sky and seeing where the sunlight will follow the musician as he plays like a magician that knows the tricks and trades very well.

Eleven is a haunting melody almost in the style of Mike Oldfield’s earlier work. There’s the eerie layered sound that Stevens does with the muting guitar ushering and glockenspiel references that is gently towards a suspenseful film score as Orson Welles and Dario Argento teamed up to work with him to create a dark yet disturbing masterpiece while Draw is in the realm representing the Kid-A era of Radiohead.

Burnt Out Car is a wonderful little strumming ditty that is almost a driving towards the sunset as if he’s outside on the porch with the car as if he’s performing a mourning to the Car that has been in ashes and dust as he gives this exquisite force that follows the homage to Thom Yorke’s The Eraser with the electronic beats and more of the atmospheric sound that creates a ghost-like melody on Lake Man. It works very well as for the soaring Glide which is him doing a Pete Townshend type of guitar work. He’s strumming and finger picking at the same time including a comforting keyboard sound that sounds very much like a twisted mellotron. But somehow Matt makes it very perfect on his own that really gives it a real heart and mind to listener’s throughout the prog-web community.

8.19 is back on the throne with the guitar shuffle and probably one of Matt’s accomplishments like he is giving himself a pat on the back with the drums as he and the percussion move more of a Jazz-Alternative Rock sound as for the title track brings back the Progressive Rock format. I can tell that he’s back again the genre with the scariest pieces that has a ghostly beat and what a scare he gives what sounds like a twisted accordion and a bit of the disturbing fairy tales that has been told throughout a camp fire scaring the little kids out of their seats.

The last track, Moondial, is almost the track that could have been used as a bonus track from Echo. And you can tell Matt is back on his feet. The instrumental piece has more of the haunted similarities in the 16th century style. He’s playing almost like a Spanish guitar sound on his instrument. Remember, he isn’t showing off, he’s doing a damn good job from start to finish.

A good follow-up that proves that Matt Stevens might have something up for his next album, and it’s a reminder that the guitar and how good he really is to deal with an album that the dream is growing on him and he makes it better with a lot to say.
Posted by znathanson at 11:46 AM