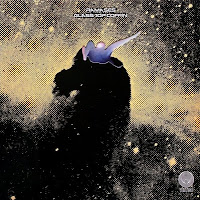 For all of Space Rock’s Great Britain, there were bands who heard and unheard of to go beyond to perform in one of the most unexpected places in the underground movement.Coming from Sheffield, Martin Raphael, who worked in the Army as an instructor and as a businessmen, believed he had the voices of the Egyptian gods claiming that he was the renewal of the Pharaohs and would tell the people on Earth the whole truth and nothing but the truth about what’s going on from our home planet while changing his name. Goodbye Martin Raphael, Hello Ramases.
He signed a deal with Vertigo Records in 1970, the spiral label which had been home to Black Sabbath, Gentle Giant, Uriah Heep, and May Blitz, were very interested to see what Ramases can do. He got a group of session of musicians which would later become the forefront of the music scene of England as 10CC, went to a recording studio in Stockport to work with material of the cult masterpiece, Space Hymns in 1971. After the album was released, Ramases and his wife moved to Felixstowe and were not heard from again four years later when they released this twisted album in 1975. Glass Top Coffin, was a weird album. Ramases wanted a different approach with the follow up to his debut album, he wanted various ideas and more a direct approach to the Fantasy side of Galactic stories of Sci-Fi themes. The neo-classical arrangements with the help of the London Symphony Orchestra and the Royal Philharmonic, is bizarre, but very good for him to use the Science-Fiction concept album into a Space Orchestral Rock Opera.
Now re-released on CD for the first time from Esoteric Recordings, it goes to show how this album was ahead of it’s time and seeing why the lost adventures of Martin Raphael as the Egyptian Sun God is unbelievable and mesmerizing to hear this twisted journey of Glass Top Coffin. With a sense of humor and paying tribute to Ramases ancestors of the sun god and a tribute to Arthur C. Clarke, Glass Top Coffin pushed the envelope.
Characterizations however, it was to avoid the ice-skating references and the coiling genre of the Space Rock-era. The love of Martians and views of God, Golden Landing opens the album up and it’s a Symphonic Orchestral Folk beauty in itself, but with the vocals and the screeching string quartet that would have make them perfect to score Hitchcock’s last film. Its angelic voices and eerie guitar parts seemed very conspicuously while Long Long Time and Now Mona Lisa are an incarnation of Amon Duul II as Sel takes the vocals on the third track as if she as the portrait singing to the listener. Despite their love of Religion, God Voice is much more imperishable. Another haunting acoustic folk melody, not to be making fun of Zager & Evans hit single, in the year 2525, the song develops into a haunting version of hell then fading into the South African tribes chanting and clapping then segue of the atmospheric ambient synth guitar layered sound of Mind Island.
Resembling with the gothic cathedral sound, Only the Loneliest Feeling has more of a mourning sound of the waves while Ramases’ voice sounds like a ghost, more common of Roxy Music’s Sea Breezes while Sweet Reason pays tribute to the quirky sounds of the ‘60s R&B sound in a German nightclub scene in the ‘30s. Stepping Stones serves as a calmness of crisp lukewarm songs of walking out to the sunny river as getting stoned as Saler Man which could have been a radio hit as Ramases sings with the horn, piano and string section with the heavy rhythm of the acoustic guitar in this glorified number. Moving away from the Symphony, Children of the Green Earth is the eerie signal with the hands to the young children and adults to come to the star field and come to the ship to find new land in a different planet and start a new beginning. The title track, seems very odd to move away the orchestral backgrounds as we get to hear Ramases ala hard rock style with distorted guitar rhythms, jazz-related bass lines, pounding beats on the snare drums as it makes it a dance beat. Though misapplied, it’s mind-fucking-boggling also as the closer of Golden Landing Part II which is a reprise of Part I, it’s very much the climatic climax to see the hero becoming a new leader of the new universe and promising to do good for the people and the right when battle is about to come.
When Glass Top Coffin was released, it tanked and failed to make it on the charts. And soon Ramases disbanded after the failure of the second album along the break-up of his wife Sel. No one knows what had happened to Martin Raphael after what happened to the band. Some say he was like the Egyptian Sun God version of Syd Barrett as he lived back in Felixstowe to retire from the music industry. It was then reported in the ‘90s that he committed suicide which remained a mystery on why he took his own life. Today, it seems very odd and interesting to find out why Glass Top Coffin is the unsung masterpieces of the 21st century since 1975.
Posted by znathanson at 1:13 AM