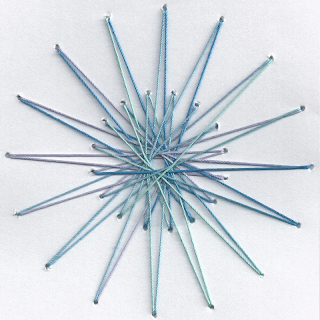 17 Pygmies have been around for 31 years since their formation in 1982, and while they have this various sound of atmospheric experimental music that they carry into their music, it’s probably a good idea to come up with the next story line after the release of Even Celestina Gets the Blues. Their next concept is based on the Celestina story as it continues in through the mind of Dr. Isabel. A spiritual follow-up to the previous album, they take music into a different levels of the genre by making it a laid-back, soothing adventure like you’ve never heard it before.

With 11 parts of the Isabel suite in different variations and the sounds of classical, new age, surrealism, and dark-like cavernous sounds that they did in the movement of the story,  it’s a homage to the bands, composers, and artists they grew up on and researched to get ready to move with the next involvement of Celestina. There are touches of; Storm Corrosion, Philip Glass, Mike Oldfield, Terry Riley, Amon Duul II, and early Tangerine Dream in there as well with bits of early Porcupine Tree in there as well from the Delerium Records-era in the early ‘90s.

At times, the pieces have bits of Acid Folk, Avant-Garde, Alternative, and uplifting moments with string quartets and orchestral boundaries to get you ready for the journey. And then, it goes into these electronic trip hop sounds reminiscing; Radiohead, NoSound and elements from Pink Floyd The Wall’s Empty Spaces. The gentle lukewarm crisp and electric guitar sounds that come at you out of nowhere, makes you feel right at home and has this calm-like surroundings as Meg Maryatt’s voices on the compositions has this haunting yet beautiful surroundings on her telling the story on Isabel’s life and she makes it very poignant.

The synths go through different surroundings and time-changing signatures along with background vocalizations that transforms into a voyage into the milky-way and the capturing the essence of Space Rock at times and it works, perfectly like a charm while it goes through the sounds of space into dripping watery touches of the ocean. Also, there is one part where everything becomes a psychedelic raga-rock vibe that captures the late ‘60s featuring a thumping bass line, drum beat, hypnotic sitar sound, fingerpicking guitar layered sound that is haunting, sinister, and the futuristic city of a dystopian universe that will send shiver down your spine.

But the closing track, Kyrie, has this angelic yet gentle finale featuring a string-quartet that has this ‘80s melodic structured beauty that lets the listener know, that the story is not over, but just the beginning of the Isabel story. Along with 17 Pygmies previous albums, Isabel , proves to show that the band are the music and they are the story-tellers when it comes to both of the pieces coming together as one.  The future is still coming and 17 Pygmies are still coming up with more tricks in their sleeves for years and years to come.
Posted by znathanson at 5:29 PM