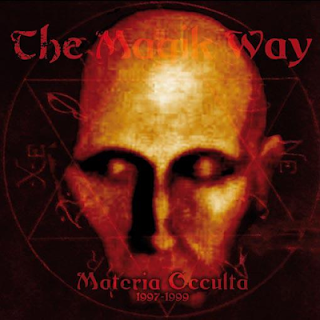 Massive touches of Death, Ritual Occults, and Doomy-Prog atmospheres can really take you into a different area and The Magik Way is one of the band’s music to describe how evil, sinister, and strange it is that they can really show their true love of the obscure side of the ‘70s and ‘80s underground rock scene in Italy. Following in the footsteps of Antonius Rex, Devil Doll, and Jacula’s music, the band was formed out of the ashes of Mortuary Drape in 1996, the music is hypnotic and in your face, but it has a hidden, dark, and terrifying dosage of Horror and Gothic storytelling for inspiration.

The band recorded the material in the late ‘90s until thirteen years later to finally see the light of day released under the label, Sad Sun Music. For admires of the Death and Doom-Metal scene, anyone who wants to go into some darken spiritual journey, should definitely fasten their seat belts because the ride is about to be an eruptive and mind-blowing experience that you are about to explore. The first four tracks of the first act, has this blistering, shrieking metallic volcanic eruption with thunderous guitar lines, growling vocals, and rapid firing sounds on the drums, featuring some difficult time-signature movements that they go into, sets the tone on what is about to come.

When they go into the realms of a tribute to the Swedish Extreme Metal bands like the early days of Opeth, which is evidential on The Doubt (il Dubbio) and The Knowledge (La Conoscenza) with this feel of a political speech spoken in Italian featuring this droning sound, there is something amazing going on here with this group. But on The Sacrifice (il Sacrificio), at first the nightmare is completely over with a calming guitar layered introduction, but then it goes into this heavy atmosphere of rumble bass line, bell tolling, and then BAM! It comes at you like a symphonic epic finale to a film for some compelling surroundings.

Then onto the second act (Cosmocaos) released in 1999, show the Materials into uncharted territories. Five centerpieces including the children’s lullaby gone wrong in a dystopian universe and reminds me of Dario Argento’s 1977 cult classic, Suspiria’s first 15 minutes of the film. There are these moments of operatic female singers shouting for their god as if they were tied up in the asylum, singing and becoming mad as well which is shown on Danza Degli Elementi, and  L’Icona. Then there this catholic-church organ sound that resembles a creepy version of Pink Floyd’s Saucerful of Secrets-era on Trasposizione while the militant and political touches on Le Maschere di Pietra goes into the tribute and homage in the realms on Amon Duul II’s Deutsch Nepal.

Yet one of the most surreal atmospheric and ambient pieces on the Materia Occulta, was Pianto ed Estasi. This swarm of moog, quiet turned operatic vocals between a call-and-response from male and female voices, and lushful synths that keeps it a cool and chilled-out compositions sort of resembling the early days of the Phaedra-era of Tangerine Dream. The Magik Way’s music is not easy to listen from start to finish, but it has a very interesting sound going from the shrieking Metal sounds into a doomy dark-like dalek beauty of evil that no one has ever heard before.
Posted by znathanson at 8:40 PM