Within Temptation - The Silent Force 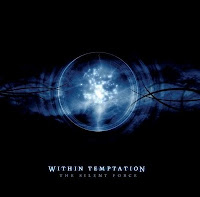 Although we are already in the year 2010, only now does the Queens of Symphonic Metal band, Within Temptation are really getting a lot of attention. And since their third album, The Silent Force, which was released in 2004, often the Celtic Orchestral Rock album or a sequel to their classic album, Mother Earth, they are never selling out to any mainstream bullshit crap, it has to be the music rather than big gigantic money. And while the artwork looks very spacey, the music is very charismatic.
So Within Temptation steps up to the balcony and hits the pitch with a homerun and heirs to the Kate Bush meets Metallica meets Rush throne. Is Within Temptation really going to run the gamut of Symphonic Metal? For the fans myself included, we’ll see. It does, however gives us a chance to approve on how the Dutch band have reached so far. Since forming in 1996, the train of Within Temptation has never stopped. But as Enter and Mother Earth – whether the fans considers them a masterpiece – there’s always a surprise in what The Silent Force which may have been intended for a Horror Love Story inspired by Bram Stoker’s Dracula.
The dramatic haunting ballad hit single, Stand My Ground, could have been a TV theme song for the Controversial Anime series Neon Genesis Evangelion and Hellsing while Jillian (I’d Give My Heart) sounds like it was recorded in a Gothic Cathedral with the operatic choir to give it that real killing introduction as Sharon Den Adel brings the house down with her vocals as the band are following her as a leader to give it that explosive roar on their instruments. Adel gets very emotional on the lukewarm calmness of the Celtic Folk sound of Pale and the eerie darkness Fantasy-inspired Forsaken with the lyrics dealing with searching for new land. See Who I Am is an juggernaut rumbling introduction and Ambient Classical Metal sound done by guitarists Robert Westerholt and Ruud Jolie while drummer Stephen Van Haestregt is pounding madly on the drums as if it was very Militant ala Mad Scientist style.
Angels and Memories are the best numbers, at most times it is very much bringing the mind of a Symphonic Rock sounding as if Uriah Heep teamed up with Renaissance to do these numbers today in the 21st century and at others, the Death Magnetic-era of Metallica as if they had brought Adel to do some backing vocals on the album. The sinister heartfelt of betrayal Aquarius, is about the woman’s life of her love of the man he felt is very dangerous and the tension is at it’s boiling point between the two of them and then all of a sudden, the Woman commits suicide. Everything builds up to the final last tracks to the charismatic rocker, It’s The Fear, a truly combination of orchestral compositions and the duo guitarist battling it out in the ring as if they were an answer to Maiden’s Adrian Smith, Dave Murray, and Janick Gers. Somewhere is again a calm after the storm about a loss one disappeared, but still in the woman’s heart as Adel sings ‘I’ll find you somewhere/I’ll keep on trying until my dying day/I just need to know whatever has happened.’ Think a Rock Opera version of Titanic. The Silent Force, love it or hate it, it is Within Temptation’s finest album of the noughties.
Posted by znathanson at 4:01 PM