Roxy Music - For Your Pleasure 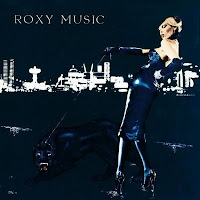 Already a supporting act for David Bowie during the Ziggy Stardust tour and receiving critical acclaim after the release of the debut album in 1972, it would be surprising to notice that Roxy Music brought the scenes of Glam and Progressive Rock to a standstill. Their buzz soon became noticeable as if they were the answer to David Bowie and King Crimson of the golden-era of the ‘70s. The rising may feel they’re just a teen idol band, which they’re not as they began to have hit singles and essential albums that would lay ahead for them. That concept for the Roxy business began to work on huge levels in different backgrounds of music by their influential background.
If you think the first album was a grand slam, then listen to this motherfucker nonstop. For Your Pleasure, their second album, is a shattering piece of work. What is going on here, it’s a new direction and changing plans. It’s not they’re moving into the arena rock situation, nor the songs are tributes to Humphrey Bogart or the doo-wop scene of the ‘50s, and not planning to move forward. It’s For Your Pleasure and that’s why the record has the ingredients with all that it needs.
When Roxy Music first came on the scene, it was as if the 21st century came all of a sudden in London; mixtures of the Velvet Underground, Crimson, and Free Jazz as they crossed over together for the futuristic band to come upon them. It was then noticed that Bryan Ferry and his band of men weren’t going to do the same thing of what most of the glam rockers were doing during that time period about singing teenage rampage, get down and get with it, or sing about being the leader of the gang. Also, the band started to pay homage to the lounge scene of the ‘50s and ‘60s as if they were part of a Hitchcock film in 1950.
So, let’s get to the album. Beginning with the dance rocker, Do The Strand, even though it’s a crowd pleaser and a live anthem favorite, it sounds like Ferry is having a good time singing while Brian Eno is having fun on the synthesizer and Andy MacKay is doing some crazy sax solos as if he’s paying tribute to Coltrane’s Giant Steps. Then we get to the eerie ballad, Beauty Queen, a tribute to Newcastle actress and model of the ‘70s and considered a cult figure, Valerie Leon; Strictly Confidential follows the same function with Chance Meeting as on their debut album; Editions of You is early punk-prog with an upbeat tempo featuring the shrieking solo on the VCS3 done by Eno as he storms it up while Phil plays some licks as the band raises the tension to a notch; In Every Dream Home a Heartache, a sinister mournful ballad on the organ for the first three minutes and then becomes a climatic climax after Ferry sings the line about the erotic inflatable doll, ‘I blew up your body/but you blew my mind!’, this time Phil takes over with an explosive guitar solo that will give shivers down your spine; The Bogus Man is Eno’s dark ambient baby with a raunchy wah-wah guitar work similar to Hendrix, this homage to the killer on the run similar to Henry: Portrait of a Serial Killer, is a Dalek exercise that will make you feel you are in deep shit; Grey Lagoons is very lounge rocker and adding a ‘50s rockabilly, and the funk sounds of the Motown tribute to the core; the finale of the title track, For Your Pleasure, a 6-minute atmospheric funeral beauty again, follows the same function of Grey Lagoons, but this time with a Eno sound to the mix which makes it very Floyd-like.
It’s like a flower growing that anyone be surprised with. Buy this, it’s a huge pleasure for you.
Posted by znathanson at 9:38 AM