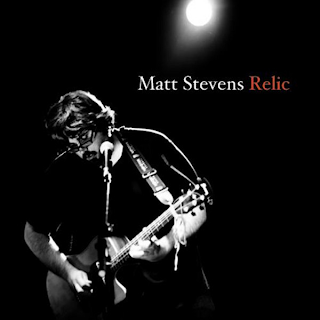 The sounds of Porcupine Tree and Radiohead are really kicking the door down with a mighty fist and they know a thing or two about dark and haunting music sounds that are perfect for Halloween music beyond their compositions and dark territory. Here, we get the same views of the dystopian future gone horribly wrong in a sci-fi plot twist, but here it goes to show that the 21st century looks bright and the future is uncertain and the genre of experimental futuristic rock really goes into the atmosphere.

Here with Relic, Matt’s third follow up to Ghost, sounds almost like it could have been recorded as an alternate soundtrack for the 1982 cult classic, Blade Runner. It’s almost as if he’s doing the score with Steven Wilson of Porcupine Tree to help him out for Harrison Ford’s character Deckard to find out if he’s human or one of the replicant’s at the very end of the director’s cut version of the film and taking Sean Young’s character to a new beginning, and not to mention that plot twist that comes with at the end.

There’s a lot of views of the future and goose bump motions to lend your skin crawling for Matt Steven’s new album for his new album and it’s pretty damn good. I’ve been now a fan of his guitar playing since hearing his first album Echo back in 2010 when he contacted me to review his debut album, and believe me, he’s going to become the next Jonny Greenwood or the next Robert Fripp. Pieces like 20 goto 10, Nightbus, and the title track, shows his love of the electronic sounds of the Krautrock-era of the early ‘70s. But it proves that he doesn’t just love the prog genre, he takes it and understands where the music and its origins come from.

Along with his side project, The Fierce and the Dead, Stevens takes the guitar as his best friends and his experimental sounds with synths, electronic drumming as if he’s recording the pieces as if its 1980 all over again. But there’s some alternative instrumental rockers like Rushden Fair and Up that would be well worth listening to that has some dance values with a Spanish way of dancing the tango in a flourishing way.

Then he’s back at the atmospheric quality that comes in with a ‘70s obscure progtastic adventure that would have your jaws dropped like Scapegoat. With heart thumping drum beats, guitar double tracked between rhythm and lead, and keyboard spooky sounds, its almost as if this piece was almost used for Aphrodite’s Child's infamous concept album, 666. You can imagine Peter Hammill of Van Der Graaf Generator fame playing this album to his band and suggesting that Matt is the right guy to open for them and he would come in and sing about the dystopian world of hell and singing about Total Annihilation. That would get the crowd going. Sounds like one hell of an idea!
Posted by znathanson at 10:52 PM