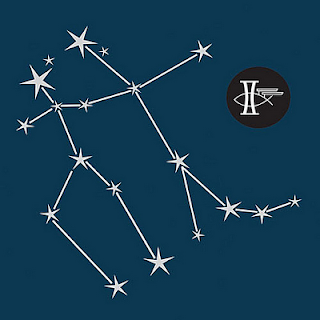 Like a soundtrack to Ridley Scott’s Blade Runner with a mellow atmospheric new age soundtrack, you could honestly believe that something had just opened the door and taken the ‘80s Tangerine Dream sound in the realms of Hyperborea or in the Gilmour-era of Momentary Lapse of Reason with an electronic attitude, Now I’m not crazy of electronic sounds of the ‘70s and ‘80s, but I do respect the music very much and the sound they carry to the core and this band who was launched in 1982, have a real sci-fi taste of Orwell and Philip K. Dick.

17 Pygmies have a real approach of the Space Rock and New Age sound and the second part of Celestia (CII: Second Son) is a dark and eerie twisted album that the band carries on like a cabbage of unbelievable territory that you are about to embark on. It’s not an easy album to listen to, but with spooky female vocals, soaring keyboard chords, and not forgetting moog-like dreamland sounds that have the solar system unique to it and would have Jean-Luc Picard jumping for joy in the Starship enterprise.

Meaning, they have a bit of the Space Music sound in their background almost as if it was a rock opera to the 1950s classic, The Day The Earth Stood Still for this lukewarm 22-part pieces almost as if its written for a classical symphony. But this might have some scratching heads with some ‘80s Neo-Prog elements with some moody and quite breathtaking simplicity that comes in with a nice fresh clean jewel that is destined to be restored.

Some of its Free-Jazz, Radiohead meets Sigur Ros with an electronic touch as if OK Computer and Aegits Byjurn had teamed up to create a disturbing yet spiritual journey, symphonic, moogy, and avant-garde at the same time. It may look like that Jonny Greenwood would have appreciated this album and he and Thom Yorke would have done something like this during the Kid A sessions and not to wonder, the journey into space has only just begun.

It took me a few listens to understand what the band is going through, a touch of new age space rock and prog like no other that you’ve heard before. And again while it may give you a few listens to get into the music, it’s not a great album, but is still a fresh and twisted disturbing adventure that you might want to sit back and close your eyes.
Posted by znathanson at 8:00 AM

Thanks for the review! I must say it was quite a surprise to have a reference to Jean Luc Picard, but since we all know he was a much better captain than James Kirk, I can't help but be flattered. -Jack Del Rey