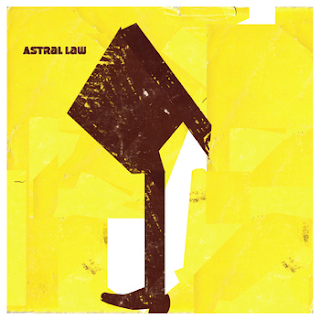 Citing the influences on flamenco, blues, avant-garde, and the experimental music sound from the virtuoso sound that is very much in the realm of the early ‘70s, James Beaudreau makes his guitar sing with telling the story and almost as if he is writing a score for a documentary. Now I have to admit, I really enjoy guitarists that would push the envelope and go beyond the direction and enjoying musicians like Omar Rodriguez-Lopez, David Gilmour, Jimmy Page, and Ottmar Liebert, but James here makes a great mellow and acoustic walk in the woods and Astral Law makes it a perfect touch of guitar instrumentals and calming to relax you for yoga exercises for the body to get a lot of treatment.

From the eerie Frank Zappa meets krautrock twist of Faust on the title track and The Leaden Circles to the Ry Cooder influences raging on the haunting slide blues guitar atmosphere on Reginald Earth, you can hear that Beaudreau really has a love of the guitarist’s playing and doing a little tribute to Keith Richards on the sixth track almost as if it’s written for Donald Cammell and Nicolas Roeg’s controversial cult classic, Performance. The avant-garde sounds of Germany’s music scene is the really catching touch and it’s one of those things that James might have researched on the scene and was listening to the krautrock scene and understood why they were ahead of their time and almost scared the shit out of listeners.

With the guitar going into a spooky and twisted translation on Quiver, he makes the guitar sound like a computer of the 22nd century and the classical touching tribute to painter Frida Kahlo on The Mirror Wall, they are focused and arranged pretty damn well. What is quite surprising is that James can switch from folksy guitar playing such as the gentle countryside walk in the park as the beautiful At the Foothills and the Liebert-influential sounds on Signal Stations, the gothic haunting post-traumatic-stress-syndrome of war on Good Morning Junction, and the influences of Steve Hackett on Stellar Rushes. Those who might think that James might be considered prog, well let’s say prog-experimental in a big way with his guitar going through various variations through his musical roots growing up and paying tribute to his late grandfather, Zephir Beaudreau which is almost that his three albums; Java St. Bagatelles, Fresh Twigs, and Astral Law, in which I call it the Zephir trilogy, makes this a warm welcome for James to follow in Zephir’s his grandfather's footsteps.

James Beaudreau is an instrumentalist that determines to keep the guitar layered sound going, no matter the costs. And with his homage to The Mars Volta on American Gothic and the final track, the calm jazzy warm countryside of Listening, it really does a successful master work in that direction, and let me say this, Beaudreau deserves a lot of attention in the “progressive rock” world and maybe get the recognition he needs.
Posted by znathanson at 6:53 PM

Many thanks for your listening and analysis, Zachary.