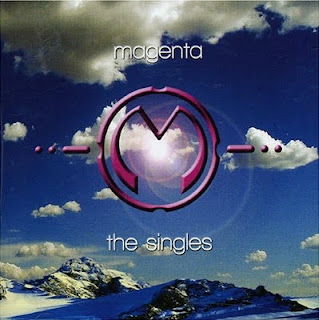 Neo-Progressive Rock has always been around since the early ‘80s from the minds of Marillion, IQ, and Pallas. And it’s always been a boy’s sport where they play Dungeons and Dragons and The Legend of Zelda relentlessly while watching Saturday morning cartoons of Thundercats, Silverhawks, Voltron, Transformers, and He-Man while coming up with lyrics that inspired by the influences they look at. When female singers come in the forefront as Christina Booth is doing, she is met with the voice and soaring arrangements she gives to the audience what they want.
That is she brings one of the most surprising bands to come out the Welsh Prog scene, and is the prog rock musical queen similar to Princess Adora (She-Ra) and Eowyn from Lord of the Rings only with a magical sword and powers to wow fans alike. From the influences of Annie Haslam and Roger Waters, fellow welsh prog rockers Magenta emerge with an improvisational sound of Yes with glorious keyboard sounds thanks to founder Rob Reed. Many of the Female Prog bands are being worshipped in the minds which have been approved for festivals and geek musicians alike.
Their first compilation album, The Singles, is A & B sides that never made into their previous albums, but it’s worth a treat to make a very simple yet still explosive collection of their singles. Rob mentioned they had worked hard to make sure new versions are heard according to Magenta’s website, saying, “We’ve bent over backwards to make sure the album stands up on its own. A lot of work has gone into giving people value for money, and making sure the new versions were as good as possible without being total rehashes of the previous version. Looking back at it now, I think it actually sounds like a band album in its own right, so I’m very happy with it.”
He’s definitely right about it and the evidence is in for six most enduring centerpieces. The soaring introduction of Speechless is very Welsh-like when they wrote it back in the mid ‘90s during the Tripa-era, it’s very much a pop song as if they wrote it for Depeche Mode while the acoustical folksy Pink Floyd ballad, Cold, could have been written for the video game sequel, Bioshock 2. More alternative heavy metal turned eerie is the pounding King of the Skies mixed guitar layered sounds, harmonized vocals, and a groove that is straight out of Stadium Rock for the 21st century.
Night and Day which was released originally as a single featuring a duet with Annie Haslam of Renaissance fame, but without her in this track, it’s a mesmerizing refrain; Booth’s vocals lifting the pastoral dimension with a calm after the storm as the arrangement is crafting beautifully. Essence of Love is very much a tribute to virtuoso artist Mike Oldfield’s Tubular Bells while the ballad comes back in with the closing lukewarm acoustical crisp of Sunshine Saviour, which is Christina and Stephan Rhys Williams duet beautifully together as if they recorded this number for the action animated series from japan, Madlax.
This is a strong compilation album that does a lot of research of Magenta’s history surrounding the band and Booth. The adventures of Magenta continues to move on and see what directions they will lead us to.
Posted by znathanson at 5:30 PM