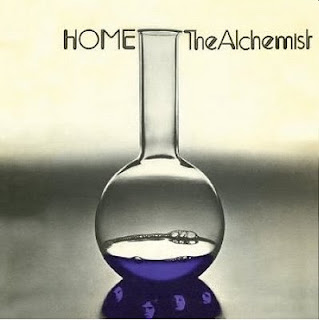 In a historic way, there have been many concept albums that define prog rock’s history. Raging from The Pretty Things S.F. Sorrow, The Who’s Tommy, Pink Floyd’s Dark Side of the Moon, and Genesis The Lamb Lies Down on Broadway and managed to influence those albums through today’s bands. With this, Home’s last album, The Alchemist tells the story set in the 1900’s of a young man who is wise or rebellious to say the least takes the old man’s dying powers. Using these powers, the boy saves the world from being disastrous nightmare in his hometown – an inspiration to Fullmetal Alchemist, but with a prog rock taste, there’s a bit of the darkness to the story. Being chased by the angry mob and being put to the test by his old mentor, the young magician uses his powers to hesitate as he puts his foot down to save the townspeople from the end of the world.
As in the climax closes the story which is sort of similar to the Half-Blood Prince Severus Snape from J.K Rowling’s final book of Harry Potter and the Deathly Hallows, the townspeople become mighty pissed as they burst into the old man’s house and killing him right in front of the apprentice’s eyes. Home’s concept is unique while the songs and instrumental pieces to mix sounds of Wishbone Ash, pre-Starcastle, and Yes to see where the direction would lead them. Yet the line-up is amazing featuring; Mick Stubbs, lead vocals, guitar, piano; Laurie Wisefield on lead guitar, Mick Cook on drums, and Cliff Williams who would later join Australian heavy metal band, AC/DC on bass, and guest musician Jimmy Anderson on keyboards.
However, this amazing remastered edition done by the people at Esoteric Recordings, comes with Jon Wright’s liner notes about the history of the band, the making of the album, and the split after The Alchemist was released. In retrospect, it remains a lost hidden treasure from the prog vaults that you need to check out. It has the melodic set, with the folksy guitar touch and elegant opener of Schooldays to the mourning pounding hard rocker of The Old Man Dying while Jimmy does some magnificent keyboard compositions setting the story.
They flow with the boy’s story on the fantasy-like dreamland groove Time Passes By the straight ahead upbeat flow of The Old Man Calling as it becomes dramatic and filled with tension as it segues into The Disaster fits well with the guitar and synths filling the score with great classical boundaries throughout The Sun’s Revenge with amazing Gentle Giant-like harmonies. The short little Steve Howe referenced guitar work of A Secret To Keep is powerful as it goes into the Moog Brass militant drum beats of The Brass Band Played done by Anderson beautifully as the band humors with applauds. Rejoicing features a fierce guitar fret work done by Wisefield while The Disaster Returns (Devastation) is one of the most time changing compositions to come out with a bang.
They let rip of the townspeople betrayal of killing the old man with Laurie’s shattering guitar solo to a sinister climatic climax on The Death of the Alchemist as it closes on the pastoral titled track that makes it a perfect finale of Unheard Prog Rock gems. Coming after the title track, the bonus tracks feature two singles and one unreleased track that is magnificently fits The Alchemist. You have the Elton John homage of the pounding rhythm section with Green Eyed Fairy, an acoustical love song ballad dedicated to a nun by the name of Sister Rosalie while the unreleased track, the Renaissance music festival sound of 17th century comes alive on Hayward Town.
The Alchemist isn’t just a Progressive Rock album, but it is one of the most amazing albums that could have been made into a movie and will hopefully see the light of day in the future, but sit back and listen to the album and enjoy the concept.
Posted by znathanson at 12:34 AM