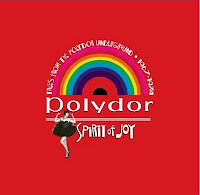 This 3-CD box set is a retrospective tribute to the golden-era of bands from the Psychedelic/Progressive Rock-era from 1967 to 1974, Spirit of Joy? Definitely a cup of tea to listen to from beginning to end. The first CD opens with The Crazy World of Arthur Brown’s explosive Fire suite from 1967 which became a hit single in the top british charts at number 1. Almost like discovering lost treasure from listening to it, it’s a must have for any fan who is in love of the Prog/Psych genre, including the organ work from Vincent Crane and Carl Palmer’s dynamic drum solo (Pre-ELP style). You have some unknown bands of the psychedelic scene going nuts on the first disc; The Soft Machine’s proto-punk ballad Feelin, Reelin, Squeelin, Aphrodite’s Child’s garage-rock fuzztone number of Magic Mirror, and Second Hand’s music going spooky and dark with the 8-minute epic, Reality while the big names that appear before they hit the big time get a little sense of humor and sadness at the same time. Caravan’s beatleish ‘60s pop tune of mowing Grandma’s Lawn, Jethro Tull going a little jazz-blues rock with their single Sunshine Day, Eric Burdon and the Animals going Quintessence with Indian music with All Is One and melodic acoustic folk with Good Times, The Who’s comedic rocker of the dog track with Dogs, and Julie Driscoll’s gothic 5-minute ballad Road To Cairo featuring Brian Auger’s keyboard solo setting the scene along with This Wheel’s on Fire, all of these bands and artists from the Polydor label were proved to see why they were genius and masterminds.
The second CD continues at the beginning of the ‘70s when Prog and the Experimental music scene began to dominate the world. It contains the music from that era of unheard bands such as; Supersister, who were like a crossover between Frank Zappa and Egg from the Netherlands in the 1970’s. You also have got some surprising music from; Tony Williams’ Lifetime, Rory Gallagher’s Taste, John McLaughlin (pre-Mahavishnu Orchestra) who makes an appearance with the virtuoso Extrapolitation, Ginger Baker’s Air Force, Arthur Brown’s Kingdom Come, Jack Bruce, and the psych-punks Pink Fairies appearing on the box set.
Disc Three covers then end of the golden-era with the experimental sounds such as Medicine Head’s Rising Sun and the Avant-Garde sounds of Krautrocker’s Faust’s Meadow Meal. Other essential beauty from Rare Bird, Barclay James Harvest, Web, and heavy metal gods who’ve reached the mountain top with Golden Earring’s 9-minute improvisation with Are You Receiving Me? and Focus’ hit single with the infamous yodeling that is perfect for a sing-along Hocus Pocus. Even though there are some amazing cuts on the set from the likes of Fairport Convention, The Creation, Pete Townshend, Cream, Van Der Graaf Generator, and Tangerine Dream, but it doesn’t disappoint. It also has a 48-page booklet from Mark Powell who gives an introduction about the Polydor label, and photos of the bands and artists who were a part of the label, There’s still more hidden for the Spirit of Joy. Even though there’s more to come to listen to.
Posted by znathanson at 7:05 PM