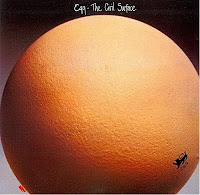 After releasing two albums (Egg and The Polite Force), it was time to hang it up for the Prog trio. But they decided to release one more album to give their final farewell to their underground fans with the release of The Civil Surface. Their third and final album is one of the most dynamic, strange and twisted records ever put out from these Canterbury cult heroes. Formed out of the ashes of the psychedelic band Uriel and Arzachel which featured Gong guitarist Steve Hillage in 1967, they were a part of the Canterbury circuit alongside The Soft Machine, Caravan, and Hatfield & The North, but among supporters of them including Captain Sensible, Egg were very strange but oddly normal than your typical bombastic sounds of ELP. With The Civil Surface, they just let it rip for one more go before calling it a day. It begins with Germ Patrol which starts off with the ticking clock, backwards tape, and high-sped voices along with a military horn comes in the view and then it becomes a shattering experiment between Dave Stewart’s keyboards while Mont Campbell does some jazz bass work, and Clive Brooks’ drums going all over the place to deliver an overflying statement; Wind Quartet 1 is basically a flute quartet that seemed almost coming out of the 17th century from Beethoven’s 1st symphony in a quiet classical music technique; The 9-minute Enneagram sounds almost like a resemblance of Long Piece No.3 with odd time signatures adding the Soft Machine influence in there with a taste of Mike Rateledge as if Dave Stewart was lending a heartwarming message to him plus a little bit of Keith Emerson’s Nice sound to the mix with a little bit of a crossover as if Robert Wyatt had made something like this off on his debut with Matching Mole’s debut album; A twisted instrumental, but groundbreaking, Prelude which starts off as an Avant-Garde background carousel music while the female vocalists come in to give their arpeggios to them as if they are composing gods; Wring Out The Ground Loosely Now which features guest guitarist Steve Hillage to help out with them with this Canterbury fusion sound of their early days in the psychedelic spacey but very jazzy funk sound to the core; Nearch an homage to Frank Zappa’s Uncle Meat and Igor Stravinsky meets Edgar Varese in the prog tour de force; and the finale of the reprise Wind Quartet 2 which almost reminded me of Nick Mason’s composition off on the Ummagumma album, The Grand Vizier’s Garden Party and almost something that came out of Fantasia that seemed to dark and very troubling for Disney to put in the concert feature.
You get the idea – Egg’s music wasn’t JUST an antique band, but more weird and crazy at the same time with their compositions that was making this trio into almost space cadets from the planet Egg. Even though they had a following and admirer’s from Melody Maker’s Richard Williams and an underground buzz, they couldn’t beat the race along with the giants of Caravan, Yes, and Genesis. And since they split in 1974 after the release of this album, they went on various projects; Dave Stewart formed Khan in ’75 and now is a film composer along with Mont Campbell while Clive Brooks is now a drum technician for helping out with groups including Toto, Jeff Wayne’s bombastic concept of The War of the Worlds, Pink Floyd and The Australian Pink Floyd Show. Plus in 2007, a 2-CD BBC sessions and studio recordings called the Metronomical Society has fans wanting more of Egg’s music. A reunion maybe?
Posted by znathanson at 8:02 PM