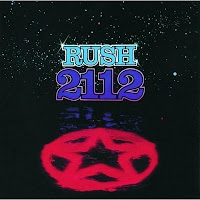 At the time, Rush already put the first three albums in the can (Rush, Fly By Night, and Caress of Steel), they knew they were in big trouble if they’re next album was a flop, that was it for them. And the rest is history with the release of the science-fiction conceptual story set in the year 2112. The album was a mild stone for Geddy, Alex, and Neil because they were taken aback with this. It was a big hit and they knew they were hitting the home run after all with this. Neil’s lyrics paying homage to Ayn Rand and his love of Sci-Fi writers including; Arthur C. Clarke and Isaac Asimov to name a few. All in all, this is a starter for anyone who is getting into the music of Rush. The 20-minute epic self-titled track is a hard space rock opera that goes beyond the infinite with the Temples of Syrinx in favor of a Tolkien-like creature who finds a guitar in the running waters and rejected by the Roman gods and committing suicide with its key signatures, guitar work, and planets of the solar federation to assume control like there’s no tomorrow.
The band were also getting a chance to take a little sense of humor with the stoner japanese rocker featuring the famous Asian riff, A Passage to Bangkok which was almost based on a true story from drug smugglers who traveled from the United States to different parts of South America to smuggle illegal drugs of marijuana or cocaine from either Colombia, Jamaica, or Morocco you get the general idea.
I bet Rush were huge fans of Rod Serling’s bizarre tales of the 1960s TV classic The Twilight Zone with two episodes that they watched as kids and almost made a sequel in this melodic ballad while Lessons which starts off as an acoustic folky upbeat ditty into almost a Fly By Night type of rocker meets an early Led Zeppelin homage’s of Ramble On and a Lord of the Rings type with Deep Purple’s early stages. Tears which was the first time to feature a Mellotron from Hugh Syme, who’s helped out with Rush on most of their artwork including the famous starman logo, is a watershed beauty from Geddy’s voice which starts out normal throughout the song while Alex comes up with some fingerpicking guitar work and Neil slows down the piece very smooth into an almost type of King Crimson ballad with Epitaph and In The Wake of Poseidon. The last track, Something for Nothing, which had become a live favorite for the fans and of course the band in their heyday in the ‘70s, which almost deals with before going to war you won’t survive for nothing if you live or die in a pool of blood – or the aftermath of a new beginning with the countless days of heaven and hell that starts like a typical acoustic number into a dynamic/explosive statement that will make your eardrums bleed. Sci-Fi epics, Smuggling Drugs, and Ballads that is almost a tearjerker for Rush to sing? Not a bad idea.
Posted by znathanson at 12:47 AM