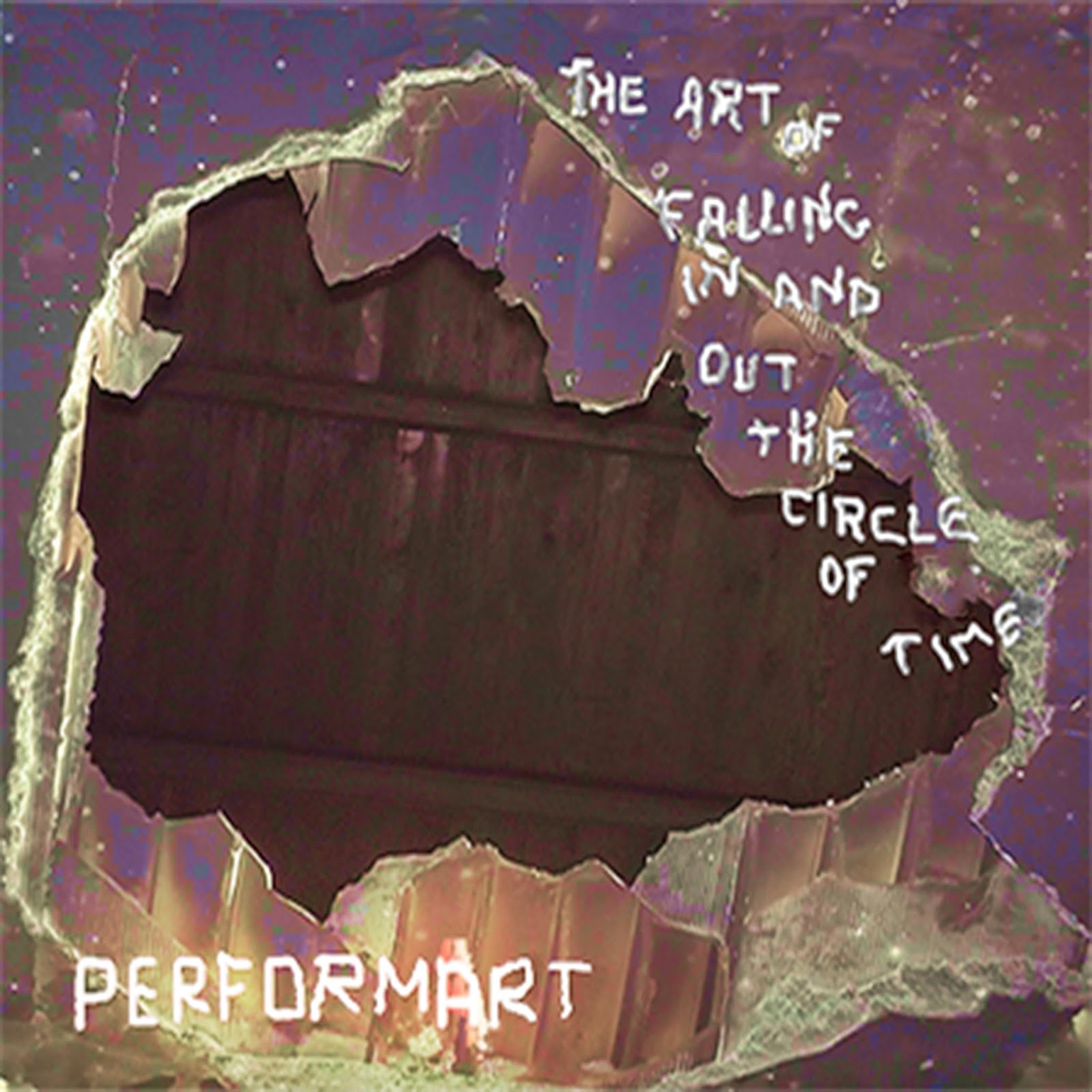 When you have complete creative freedom from a group or an artist, it allows you to do whatever you want and make their own music the way they wanted to be done and have some of their friends to lend a helping hand and not allow the business to come after you. It’s hard for some of them in the music business to have carte blanche in them and make their own material. For one of the bands, is a duo that is out of Italy by the name of Performart.

Formed in 2008, the duo considers Guitarist/effects Andrea Guariso and on double bass/effects Claudio Nicola. It’s hard to understand where to put Performart in the category of; Prog, Folk, Experimental, Jazz, or Avant-Garde, but it’s free improvisation that is on their debut album released this year called, The Art of Falling In and Out the Circle of Time. They have their own ideas of what they can do of a no-new concept and creating the communication of language through their sound and vision and you have to take giant baby steps for the listener to take a step forward into the other door and see what ideas they have in their brainstorming ideas.

With 12 compositions they have written, and concoct of the music, Nicola and Guariso intense sounds have this surreal and chaotic effect that has some elements of electronics, dulcet tones, free jazz, backward tapes, neo-classical, and surrealism thrown in shows that they can take it up a notch of the concept of Performart’s vision. At times for Guariso and Nicola, they almost imagined as if they were doing a score for one of David Lynch’s earlier work or one of Luis Bunuel’s short films to really take it to a whole new level of intensity.

And there are some elements of Lol Coxhill, David Bedford, Philip Glass, and the Krautrock group, Faust. The elevation carries those ideas of the releases to approach insoluble movements and surprising ideas that Performart would have inside their magic hat to see what would come out next. From Guariso creating jazz and Oldfield meets Fripp-like sounds on his guitar and Nicola is slapping and going into different areas on his bass, the intensity just adds to see what they would do next in their electronic structures and imagining the duo working a lot of twisted magic on their improvisation.


However, after listening about five times of Performart’s music, The Art of Falling In and Out the Circle of Time is an imaginative and perceptive debut  they have released from the label, Electromantic Music and with help from the artistic direction and production from Arti E Mestieri’s Beppe Crovella who founded the label back in the ‘80s, he knows that have something interesting and mind-blowing in the sound and vision that they brought to the table and showing they can do whatever they want on their instruments. It’s not an easy album to listen to, but it’s a start to see what will happen next for them in the future.
Posted by znathanson at 1:40 PM