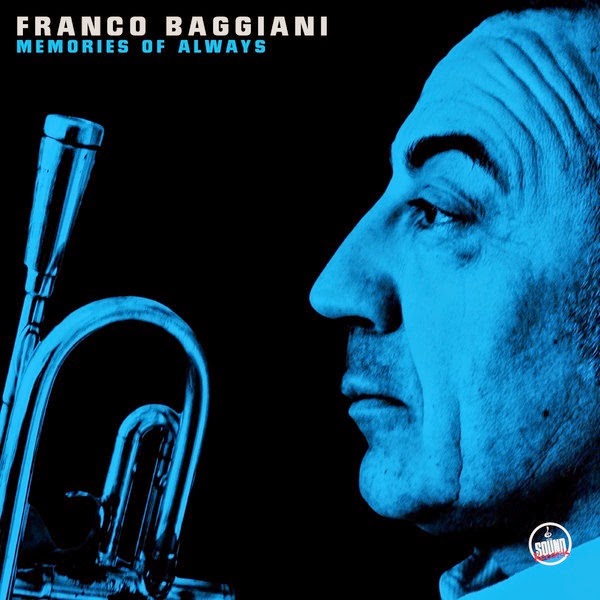 It’s hard to imagine of following to pass the torch for a musician to follow in the footsteps of great artists. And it’s almost as if you are making sure you don’t make any mistakes and staying true to the original sound of the band or the artist. And taking the sounds of ‘70s Jazz Fusion and Funk is Italian trumpeter Franco Baggiani. The new album, Memories of Always is almost like a trip back in time of the sounds of that era and in the realms of Miles Davis which you could tell from the moment Franco plays those notes, it’s like an alarming echoing sound that is unexpected and never knows what he is going to do next.

Franco Baggiani has been performing in the Jazz circuit since the late 1980s. He took musical studies with help from Tolmino Marianini at the school of music in Fiesole and he took private lessons with Bill Campbell who was the leading trumpeter in the municipal theatre in Florence. There is no stop sign for him. He’s also a teacher, publisher, conductor, composer, and has done scores for television and theatre to name a few. And while this is my introduction to Baggiani’s work, it’s really quite interesting of him to carry the spirit of Miles as if he is watching him and being proud of what he has achieved.

The album begins with the opening track, Ob-session. It has the sounds and elements of ‘70s Funk Rock with a rapid beat between Adriano Arena’s guitar and Lorenzo Forti’s Bass as they bring the grooves in them of the Soulful sounds thrown in before Franco blares out on his trumpet as if it is echoing the studio to give it an alarming noise. The 13-minute Ghebus Suite is a tribute to traditional African music. On the first six minutes, it has a rapid intense percussion workout done by Alessandro Criscino and Giacomo Downie’s Bartione Sax.

There is some wonderful improvisation that Downie does as he and Baggiani take turns on their solos as Arena goes into the style of McLaughlin and never expect what is going to happen next between the four of them along with Forti as well. It’s almost like a jam session and creating a wonderful mood on there and the band give Criscino a chance to shine along with drummer Alberto Rosadani for a couple of seconds. And then the atmosphere changes as if you can imagine yourself walking around the streets of Paris around Midnight alone and the cars going by with a soothing vibe and remembering the past and the present like a trip into the late ‘50s and then the last two-minutes they are back into the soulful groove to close it off.

The Sieve Smells Bad Today has an ominous and sinister feel along with a small tribute to the composer of Maurice Ravel at times and you can imagine the stench of the river and its smell is not a pleasant thing you don’t want to go near. Then, Baggiani goes into the last four tracks that clock in for 9, 11, 13, and 14-minutes to make you get ready and take note on what he will do next. His take of Miles Davis’ Black Satin from his controversial 1972 album, On the Corner, it goes into a moody yet nightmarish and sinister take from the wailing guitar, bass, and percussions that sets the harsh tones that at times reminded me of Robert Fripp thanks to Arena’s playing by using the diatonic mode.

And then, the first four minutes along with the funky grooves come kicking in and you could tell are having a great time laying down the beats as Franco’s trumpet shrieks at parts on the guitar solo before the chaotic frenzy appears as the instruments collide into a crescendo and then the last four minutes they close it into the ominous void. A Series of Coincidences shows each of the band go into almost very much like an Avant-Garde and Free Jazz touch as Downie goes into the mind of Coltrane on his sax.

It’s the band having free rein with each other while Entop-the Chinese… is back into the rhythmic beats as Forti gives his moment to shine on the bass and he’s improvisation along with Baggiani is brilliant when the Bass goes in the styles of Jaco and Stanley Clarke and Criscino’s percussion does the rest for a quick second and then back into the beat, is intense and raw for the pulse to flow. The closing track, Simple and Invisible, is back into the darker area and letting the listener know that this only just the beginning.

And not to mention the crescendos throughout the piece as the band just go into those areas and nailing it out to see what is going to happen next and then the rhythm gets faster thanks to Adriano Arena’s solo as the band follow him to go into the light at the end of the tunnel, but leaving us with a dooming finale that is chilling and gives me goosebumps to close it off. So far, I have listened to Memories and Always about five times now. And as I've mentioned before in the beginning, this is an introduction for me on Franco Baggiani’s work, I have to say I am impressed from start to finish.

And bringing the Classic sounds of Fusion is still going strong and Baggiani and his band mates, have done an incredible job bringing the genre to life. And if you admire the classic fusion-era of Miles Davis, then Franco Baggiani’s Memories of Always is worth checking out.
Posted by znathanson at 3:44 PM