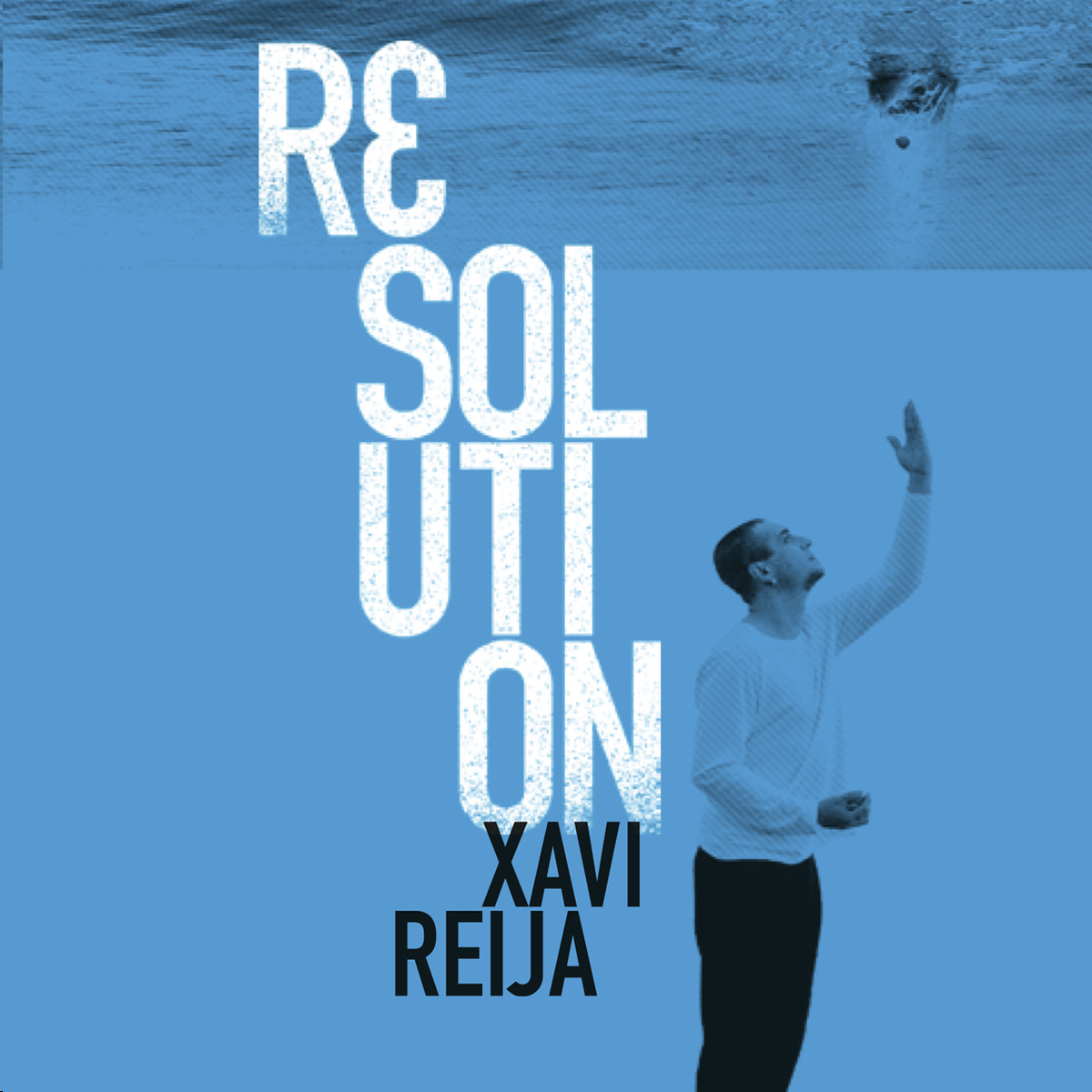 It’s hard to get some recognition in the independent/jazz circuit by establishing yourself to make or record music and needing to find out if you have the presence and what you are doing to get the recognition you need to get out there in the music world. And for Catalan drummer Xavi Reija, he shows a lot of that concept in his mind and captures the boundaries from the realms of Prog and Fusion. That and along with his album, Resolution, featuring guitarist Dusan Jevtovic and bassist Bernat Hernandez (both of them from Dusan's international debut album from Moonjune, Am I Walking Wrong?), in which it is his international debut from the Moonjune label, shows he a lot of potential and a lot energetic vibes in his sleeves.

What he does on here is to bring his kit through different connections on various moments and he is almost the mathematician going to interesting time signatures to give both Dusan and Bernat the moment when the numbers hit at the right moment and the right time and at times he the conductor helping them get through to point “A” to point “B”. And of course, not to mention five centerpieces to captivate the trio’s hard work on here.

For example on The Land of the Sirenians, it begins with Dusan doing a beautiful tribute on the rhythm section as a ballad of Billie Holiday’s God Bless the Child for an introduction before going into different ambient bluesy yet jazzy background as if you are walking onto the beach by watching the sun going down and enjoying the evening. Then, there’s the hypnotic haywire funky jazz walking effect on Abyss. Here, Bernat is doing this tense stop-and-go walking bass line and Xavi is almost doing this Bill Bruford meets Billy Cobham style on the drums between the snare and the hi-hat and the tom-toms as well as if he’s going through the movements through the crash and ride symbols to get the tense motions set up.

On John’s Song, it is Bernat’s moment to get the engines revved up as he takes on some heavy fuzz and edgier wah-wah futuristic bass. Before Hernandez is going through the various frets and kicking it into high gear, Dusan is going into this Post-Rock workout exercise with a lot of feedback rhythm and lead sections on his guitar by going into different formats from the major and minor chords/solo format and then the ambient noise comes into effect from a spacey feedback ominous touch and the ship getting ready for take-off and then Hernandez comes into the picture and it’s a psyched out funk like no other!

The opener, Flying to Nowhere, is one of the highlights from the album. It has a swinging 4/4 time signature for the first few minutes that at first begins with Dusan doing his Andy Summers and Robert Fripp homage as the up tempo walking bass line and the driven drum patterns come into place before the heavy fuzztone comes into place and then it’s an alternative jazz rock format but more of an atmospheric vibe as well. You could feel the vibration and fierce sensation that the trio, go inside the heart and soul of the music.

The 10-minute piece, Gravity has some very laid-back grooves. It goes through a drum improvisation and a desert landscape guitar layered sound and then the foot-stomping beats in the different sections between bass, guitar, and drums come in for a quick second and then the tempo goes into some changes from a soft and calming beat as Bernat goes into his lovely Pastorius-sque solo to pay tribute to the master of the fusion sound as Dusan and Xavi gives him another chance to be free before the tempo increases in the finale as it reaches a climatic crescendo and bits of early Pink Floyd from the Ummagumma-era of Gilmour’s sliding sound.


This is perhaps, recommended listening for the sounds of; Experimental, Jazz, and Avant-Garde rock. And they really created something from the trio to show that they can really do and I imagine Xavi gave both Dusan and Bernat, complete freedom on their instruments and improvise with their virtuosity and I’ll tell you, Resolution, is a wonderful, yet out of this world album that Xavi has unleashed from Moonjune Records.
Posted by znathanson at 8:25 PM