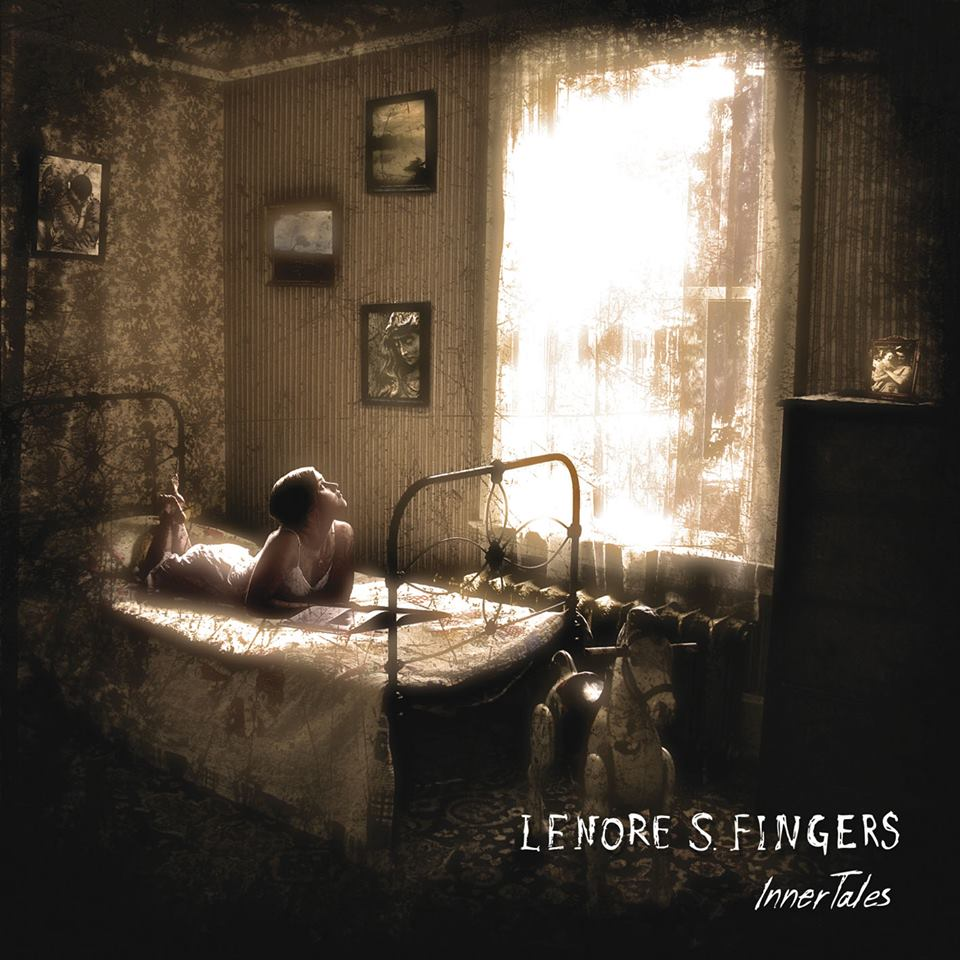 Almost like something straight out of bands from the traditions of; Type O Negative, Anathema, Katatonia, and The Gathering to name a few, this quintet formed four years ago in the southernmost region of their hometown in Italy called Reggio Calabria in which it is one of the most populated capitols. Lenore S. Fingers have this melancholic and gothic touch in their music that just takes you into the world of storytelling and their debut album, Inner Tales, is the story of a young girl, who is caught between the lines of lost, tragic memories of the past, and trying to focus on what she needs to do for the future and forget what has happened to her.

In the band, they consider; Giuseppe Giorgi on keyboards, Gianfranco Loguidice on Drums, Domenico Iannolo on Bass Guitar, Patrizio Zurzolo on Guitar and Guitar Synth, and Federica Lenore Catalano on Lead Vocals, Guitars, and Guitar Synths. Their lukewarm serenity and soothing gentle calm surroundings on telling the story of the young girl to what she is going to do next and it’s a heart wrenching story, but the music itself from start to finish, will take your breath away. There is also some dynamic and intense guitar work, instant and strong drum work between both Zurzolo and Loguidice sounds almost like a battle between both instruments to see who would win the competition.

And of course not to mention, the band’s six centerpieces to get you ready to enter the mind of Lenore S. Fingers. For example, songs like Victoria and The Last Dawn, the two of them had a little battle playing rapid riffs and drum patterns before they cooled down for an acoustic crisp for a brief moment and then, heading back into the gentle beauty of Federica’s angelic voice comes kicking in with a soaring sound while the ominous yet grieving emotional compositions

To The Path of Loss and Cry of Mankind, just hits you in the gut as her vocals makes you feel and give support to the character in the story and how much of she is ready to move on as the music has this layered yet elevating catch, but it captures the vibes like flying into the skies to search for a new beginning and a new chapter. From the mid-driven and innovative sound on the acoustic section and orchestral sound from Giorgi’s keyboard to add that choral vocal arrangements on The Calling Tree, in which it has a folky-ambient touch to the closer, An Aching Soul, has this alternative rock lament and electronic vibe between drum machine, ghost-like vocals, and church organ to close the album off with a chance of starting a new adventure.


With the melancholic and moving melodies that deal with the subjects on the issues of memories, fearing of a new beginning, death, and the loss of someone you care about, Lenore S. Fingers can really touch your heart with their debut album and they really touched the issues on the four ideas in the girl’s head and it is an exceptional delivery they have brought here and let’s hope where they would go next into the near future.
Posted by znathanson at 11:05 PM