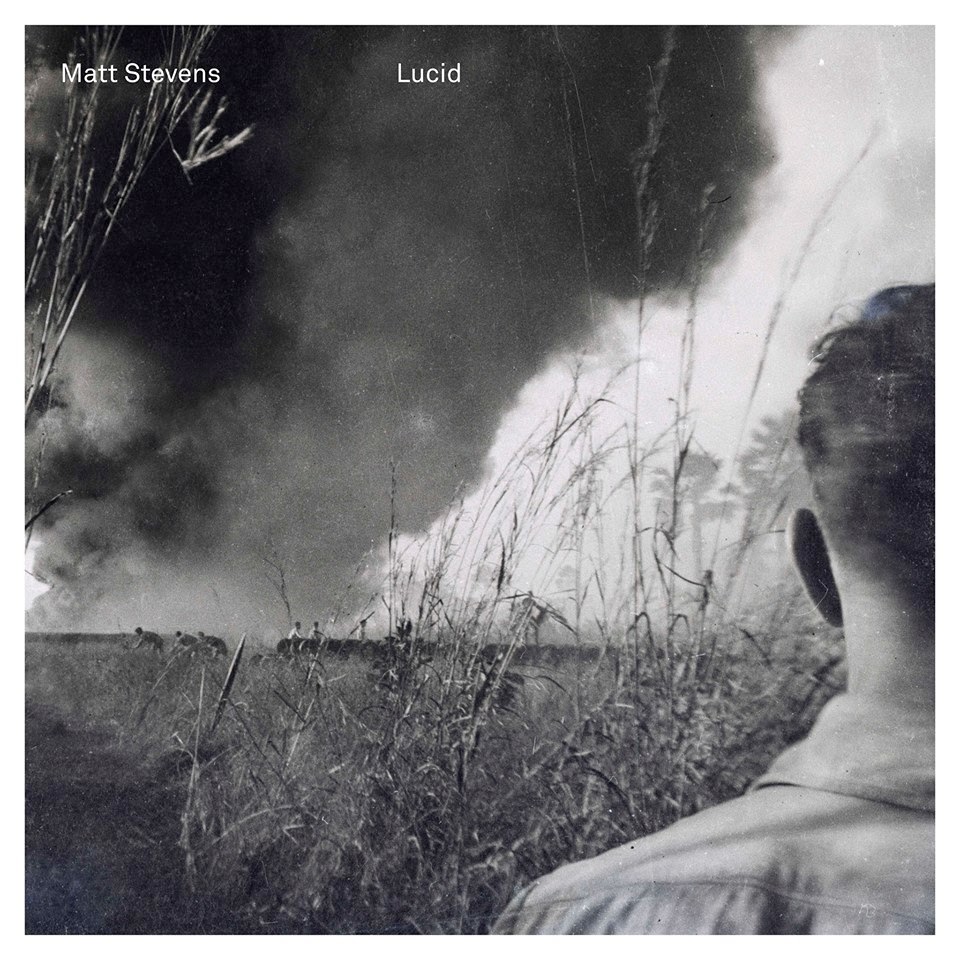 Matt Stevens is a very busy man. Along with his work with The Fierce and the Dead, his solo work still continues to receive following and his guitar work still continues to keep the spirit of Post-Rock and the sound of Prog shining like a flaming fire. When it was announced during May of 2013 that Matt signed up with Esoteric Antenna, which is home for new bands including; The Reasoning, Lifesigns, Sanguine Hum, Panic Room, and new up-and-coming band/artists this year with Hi Fiction, Nick Magnus, and Sontaag, it was like opening the door and finally reaching that light at the end of the tunnel and Matt himself has finally reached it.

That and his new album, Lucid, which took three years to make as Matt wanted to put his foot into a deeper step from his previous work and go into a dark territory, but at times an uplifting momentum from start to finish, is a hypnotic album that he has unleashed this year. And with help from; Pat Mastelotto of King Crimson, Charlie Cawood of Knifeworld, Emmett Elvin of Chrome Hoof and Guapo, and Lorenzo Feliciati of Naked Truth to name a few, this is almost like coming out of the door that you haven’t opened for a long, long time and getting a chance to get your seat belts ready for an amazing journey that you are about to experience.

Opener, Oxymoron kicks the album off with a heavy post-rock rhythm section as the title seems like a perfect way to fit the atmosphere. It contains Matt’s guitar lines both in the rhythm and lead section as he goes through various sections in the melody both spiritual and ominous at times as the instruments carry on as a team to go into alternative rock styles, but with some haywire and feedback vibes that makes it a perfect way to start the introduction with a bang.

He and Kevin Feazey, who does some of the programming with the electronic instruments, go into a ‘80s sound and dark/cavernous atmosphere through the loops with Flow, makes it feel as if they had done another film score while Unsettled is another disturbing composition that is like a powder keg ready to explode. It features some twisted guitar work, fuzztone bass, and intense drum work that is almost could have been used during the sessions for Radiohead’s OK Computer-era.

The acoustic and the Pipa, in which it is a Chinese musical instrument that is two-thousand years old, makes it a calming yet relaxing moment for Matt and the group to get a chance to calm down for a cooling uptempo beat on The Other Side. Meanwhile, both The Ascent and KEA, are both an homage to an insane and disturbing yet superb tribute to The Mahavishnu Orchestra that at times go through a dystopian surroundings of an electric and gothic-acoustic surroundings of The Inner Mounting Flame and the Dance of the Maya to show Matt’s true love and staying true to the band’s music and his tribute to John McLaughlin.

There is also another homage to Italian Prog-Rock legends Goblin on the eerie yet disturbing beauty on Coulrophobia, which feels almost as if it was used during Suspiria as Matt travels back in time to the late ‘60s with a psychedelic twist with a Nuggets feel (Garage Rock style!) on the title track. Then he goes into the future with the fast-driven tempo on the acoustic guitar both rhythm and lead and the drumming and doing his work and honor in the styles of Jonny Greenwood on the atmospheric, Street and Circus. Then, in comes the 11-minute piece, The Bridge.

It begins with a rumbling introduction that has a King Crimson vibe for the first few minutes, but then it goes into the ambient voyages of the future to have a touch of Mike Oldfield’s classical guitar lines in the midsection to get the quiet and pin-drop vibe in the distant voyages of space. And then, they head back into the ‘70s Prog-Rock vibe with a touch of Red into the mix as the spoken word by Trojan Horse’s Nicholas Wyatt Duke, gives a tiny bit of dialogue as the spacey noise closes the curtain.


The closer, A Boy, is Matt’s lullaby. Just a gentle yet almost classical guitar melody with a beautiful folky and jazz chord progression that he brings to the table to close the album off with a touch of the ‘70s Acid Folk sound. Lucid is a tremendous and fantastic sound of Matt Stevens work that is powerful, touching and even a strong follow up to his previous work. And this is one of the albums that is probably going to be album of the year for 2014.
Posted by znathanson at 10:28 PM