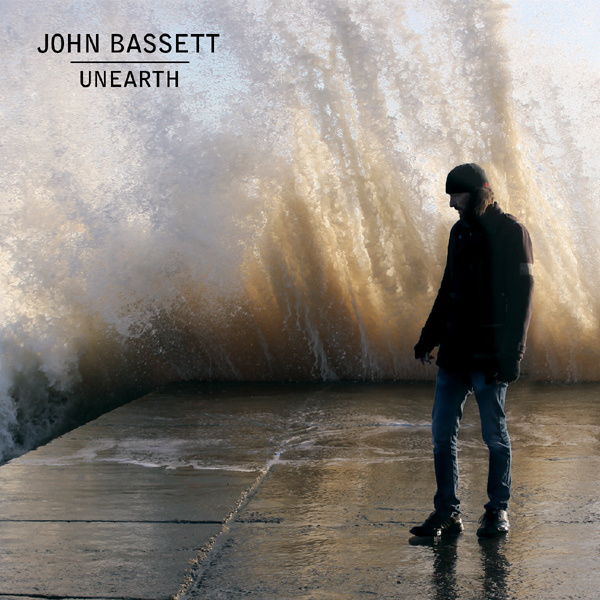 John Bassett, the mastermind behind KingBathmat, is going through the first time of a solo album with an Acoustic, Psychedelic, Alternative, and Progressive sound that captures the essence of the late ‘60s and early ‘70s at times. However, it has a touch of inspirations from the realms of Post-Barrett era of Pink Floyd, Steven Wilson, and Radiohead. Unearth is very much like a spiritual journey on finding your inner self.

The issues deal with; contemplation, traumatic childhood, and survival to name a few. From start to finish, the compositions that Bassett wrote here, has a melodramatic background with an atmospheric vibe that is very emotional and Bassett’s music and voice just hits your heart very strong on what he sings about. Opener, Stay Away from the Dark, begins with a reverb-like sound on the piano and the vocals as Bassett strums very relaxing on the acoustic guitar that has a mysterious and ominous sound that is chilling and hypnotic along with the lyrics.

Survival Rate has a moody yet soothing flute-mellotron ballad while the lyrics deal with how to move on and fighting for your life after the loss of your family members by remembering them in your thoughts and prayers and getting the relief by not letting them down. Elsewhere, the song Nothing Sacred with a catchy upbeat tempo on the rhythm guitar, drums, and the Hammond organ stays on top with them while the title track, has a nice homage to Radiohead’s Exit Music (For a Film).

Pantomime has a desert-like landscape on the music with a stirring moog solo with a Spacey sound as the melody shifts into an uplifting instrumental that has a ‘60s touch with an angelic soar on Kylerhea as the next captivating piece on the deals of someone how the small screen can show you that whoever that it can be worshiped, and it will make you their puppet and there is no way out as the beats per measure goes in for 150 on TV is God.

Then, Bassett goes into a Psychedelic-Pop flavor with a swing feel in 4/4 time signature that is almost a Waltz and dancing twist to it that gives John a chance to relax and have the birds chirping the sound of the forest into the woods on Keep Dear. As the last two tracks (Something That’s More Worthwhile, Comedian), sees him go into the style of a mellowing version of Supertramp’s Crime of the Century-era and ending with a heartening curtain call.

It begins with the effects of the school bell going off, dripping water, and birds before a crescendo strumming on the guitar and the background vocalization of him and on the Piano shows the person is a part of the play and trying to make it into the big time to have the audience’s funny bone as the elements as if it was written for either Jethro Tull's A Passion Play or Steven Wilson's The Raven That Refused to Sing comes into mind. With the lyrics that are riveting and gripping, Unearth is Bassett’s crowning achievement and it can open up people’s eyes to understand that there is hope to start a new beginning and a new life.
Posted by znathanson at 8:32 PM