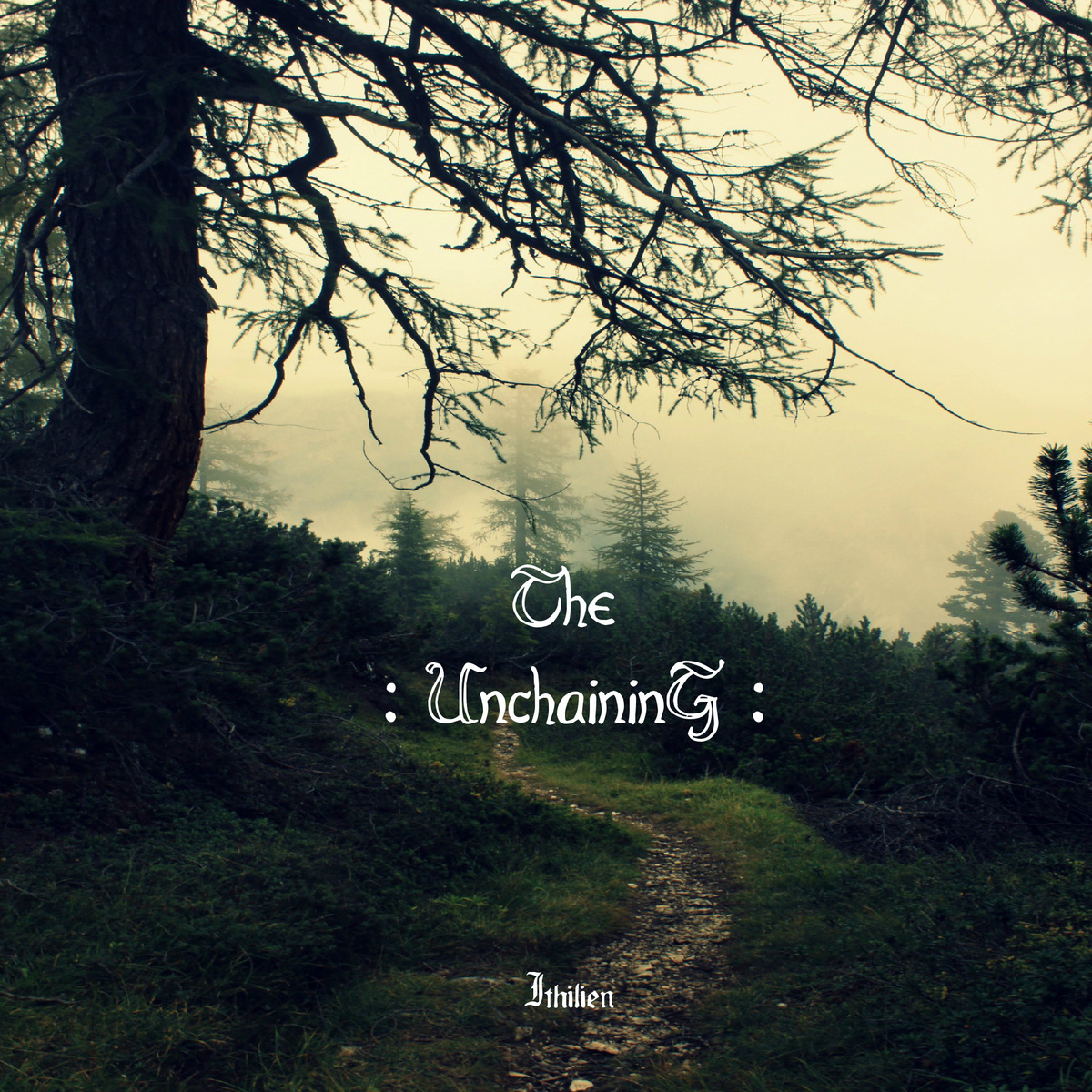 This is a very interesting combination between the sounds of Ambient/Atmospheric music and Black Metal rolled up into one. From Gorizia, Italy, The Unchaining is one of the one-man band’s that have carried those two genres which is evidential on lthilien. This is their fourth album released this year and it is an epic mythological album with the inspirations of the stories from J.R.R. Tolkien that fits unexpectedly well.

It starts off with a climate dropping of the water dripping element inside the cavernous cave from the keyboards. It has an ominous tone as if someone is lurking behind the shadows waiting for the creature for its surprise attack on its prey as if it was lunchtime for them. Then all of a sudden, it changes into a nightmare that makes it a perfect way to start it all off with a dooming bang.

I just love how the Guitars and Drums go at a different rate because it has a slowed-down rhythm, but the pace the instruments along with the snarling vocals, goes into wonderful and terrifying results. Not to mention the usages of the Church Organ and mourning horn sections that sets the tone for an epic film score at times.

With pummeling beats followed by epic scores done by the keyboard that is the setting for one of the Tolkien’s stories of Mordor as if it was set during before and after the events of the Lord of the Rings trilogy that the master himself, would have appreciated for the battle sequences and confrontations with an action vibe.


This took a lot of listening for me to listen to during the Passover and Easter holiday which was a perfect day to really sink into the music of The Unchaining. And I have to say, I was really impressed of The Unchaining’s music. Surroundings of Atmospheric Black Metal with an Epic score, really gives it the mighty push and pull to see where the direction might go into next for the one-man band. So my recommendation, is turn to this up at a maximum volume. And experience the levels of the stories of Tolkien and the Unchaining’s Ithilien.
Posted by znathanson at 10:52 PM