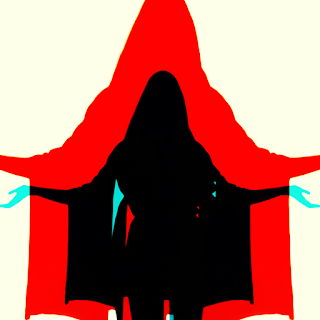 From the moment I put on Electric Citizen’s debut album Sateen released last year on the RidingEasy Record label (which was formerly known as EasyRider Records), I knew right there that this was a band I was going to be electrified. A band that are carrying the torch of the Doom and Proto-Metal. The name came from Edgar Broughton Band’s Death of an Electric Citizen from their album, Wasa Wasa. Imagine Amon Duul II having nice juicy Hamburgers with Black Sabbath along with Pentagram and making it a heavier and mind-blowing debut that had me on the edge of my seat as if it the album was recorded in 1972 on the Vertigo label.

Electric Citizen formed in Cincinnati, Ohio over a year ago and considers; Ross Dolan on Guitar, Laura Dolan on Lead Vocals, Nick Vogelpohl on Bass Guitar, and Nate Wagner on Drums and Percussion. They have been a supporting act opening for bands and artists like; Joan Jett, Rival Sons, The Cult, and The Sword to name a few. And bands along with Blood Ceremony, Purson, Uncle Acid and the Deadbeats, and Lucifer, who are carrying the torches also, Electric Citizen are the real thing.

Not to mention winning the 2014 award for Cincinnati’s Entertainment Award in the Rock category. Hawk Nightingale resembles the ominous haunting psychedelic touches of Pink Floyd’s A Saucerful of Secrets-era as if to pay tribute to the song, Set the Controls for the Heart of the Sun as Laura’s voice just sends shivers down my spine when she sings right in front of you. She has this wonderful combination between Alia O’Brien (Blood Ceremony), Renate Knaup (Amon Duul II), and Silvana Aliotta (Circus 2000).

It has a spooky sound, but she nails it at the right moment as Nick, Nate, Ross, along with guest keyboardist Yusef Quotah hit the note where she goes into. And it’s a staggering momentum that they bring into the kitchen table. Opening track, Beggar’s Need, is a killer. Ross’ heavy riffs and rhythm on his Guitar, gives it that driving edge reminiscent of Tony Iommi and then the last 2-minutes, it goes into the style of electrifying punch with a driven beat that almost reminded me of Blondie with a late ‘60s edge psych-hard rock!

Light Years Beyond, brings the touches of Sabbath Bloody Sabbath-era. But with a head-banging and thumping rhythms between Nate’s drumming in the styles of Bill Ward and Nick’s bass playing of Geezer Butler along with the closing track Burning in Hell that while they are carrying the Black Sabbath torch, in the midsection there’s a little brief second of them going into a Krautrock moment and then back into the Dooming momentum.

This is my thirteenth time listening to Sateen. I was hooked right into the moment. And again, I have to say, for me, they hit a home run from start to finish. I love their touch of Psychedelic Doom Metal and the ‘70s occult rock sounds that made me realize that they aren’t just following Sabbath’s footsteps, but honoring and paying tribute to the Ozzy-era and showing that they have really taken me by surprise last year.
Posted by znathanson at 10:08 PM