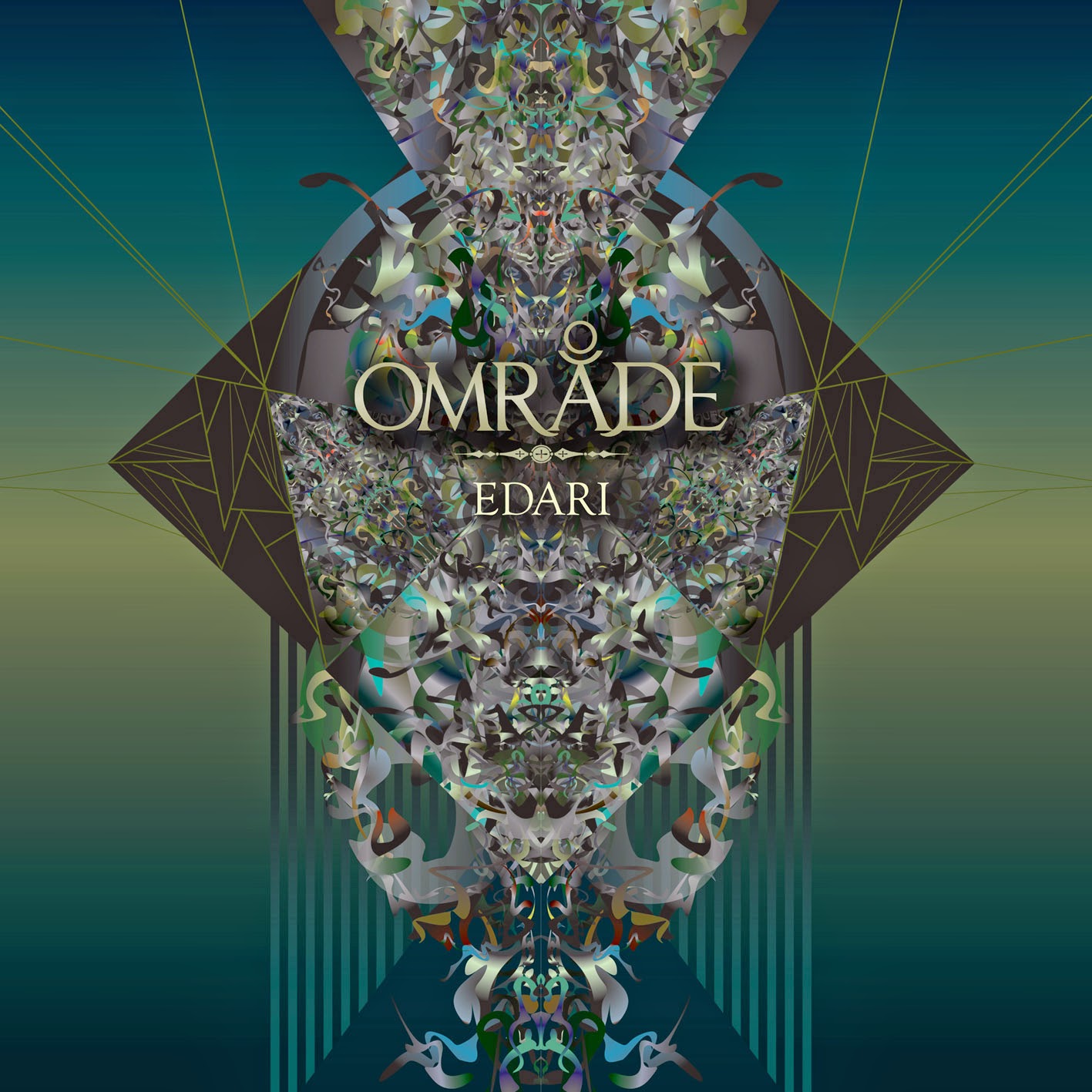 Hailing from Sweden, Omrade are a duo that have this interesting of a spacey trip-hop adventure between the Avant-Garde sounds of Ambient, Electronica, Post-Rock, Industrial music in which it has this captivating combination, but with an ominous and haunting atmosphere which is evidential on their debut album, Edari released on the My Kingdom Music label this year.

When I was listening to their debut album, I can hear the sounds of Ulver, Manes, and Gazpacho. And also it reminded me of something that they could have used as if they had done it as a score of David Lynch’s Twin Peaks. It was almost as if they music have added the bits and pieces of the puzzle on what is to come on the characters plot twist as if the series had continued on with more of the who, what, when, and why.

It has the sounds of the futuristic atmosphere and also, dystopian at the same time of what the cities have now become a disturbing scenery and Omrade’s music sets it of where the characters go into. There are moments where its powerful, calming, softer, and eruptive at the same time and not to mention the spoken word elements thrown in.

But, there are four highlights on the album that is worth taken note of. On Satellite and Narrow, which features Asphodel on the vocals, begins with a minor-like piano chords followed by which almost features the sounds of Tuvan throat singing as Asphodel comes in with her vocals that just sends shivers down my spine on the double-tracking vocals as the electronic trip-hop industrial metal sounds come in that knocks the door down with a powerful punch, makes it hypnotic.

Meanwhile, Åben Dør is a strange and twisted track that you can imagine being inside of the mental asylum and hearing the sounds of the patients whimpering, screaming, and screeching out in pain. It’s almost as if Omrade were paying tribute by working with The Residents as if they were going into the Trip Hop section.

The opening track Mótsögn starts off with a calming ambient vocalization and ominous introduction. It has calming vocals, blaring trumpet solos and later, a laid-back sax with a jazzy feel, Omrade gives the listener go into the darker side with a moody and an intentional mood to see where they would take the listener into next.

Ottaa Sen in which it closes the album it is perhaps a brilliance of an ascending finale. Synths setting the introduction for a futuristic atmosphere a-la Blade Runner style with a Vangelis touch to it for an introduction. Then it climbs up to the snarling vocals and the electronic Industrial sounds filled with death metal and heading off into the middle-eastern midsection and clean vocals to close the composition to see where the road will go to next.


Edari is not an easy album to listen to from start to finish, but what they duo has done, is they really got something up their sleeves to go into those worlds and they nailed it perfectly to a “T”. It is an interesting combination between Industrial, Avant-Garde, Electronic, and Trip Hop rolled into one and what Omrade have accomplished very well into the sounds of their first album.
Posted by znathanson at 7:41 PM