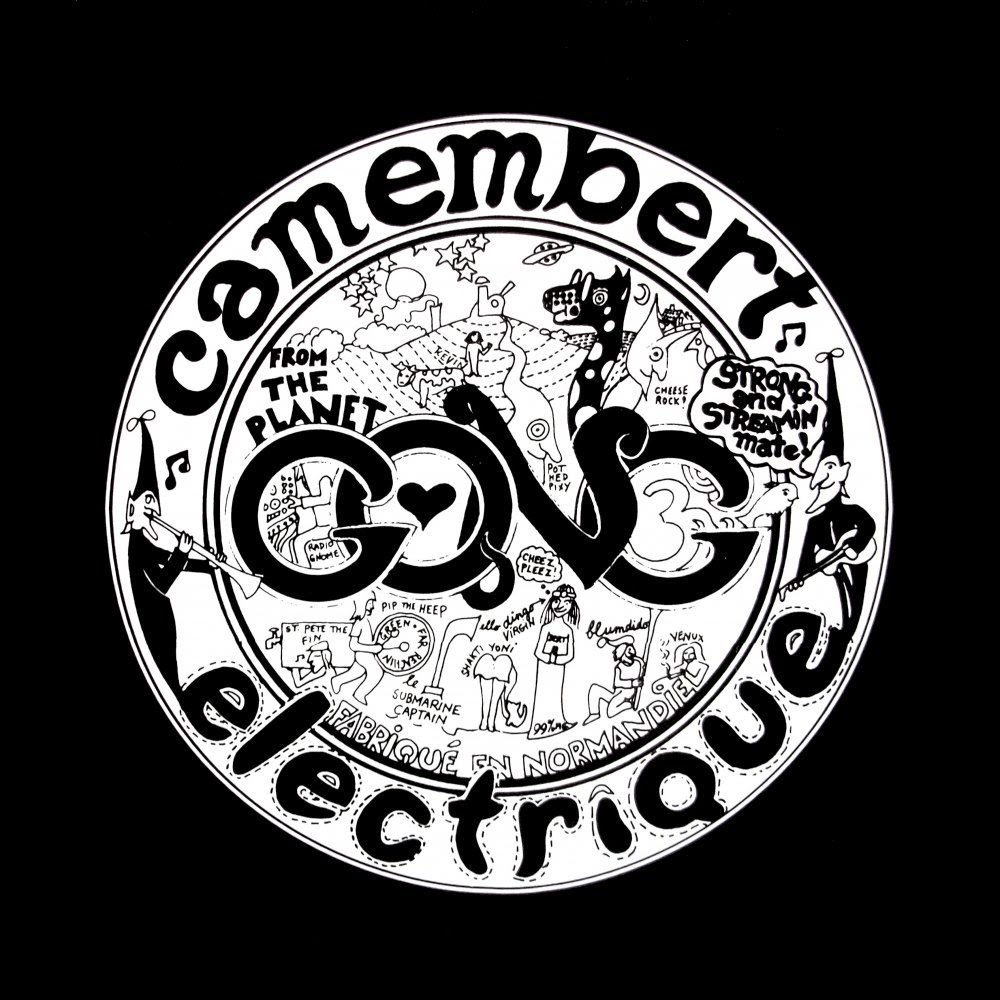 This review is a special tribute to the late great Daevid Allen. I remember hearing Gong’s music on the Prog Archives website ten years ago and I became hooked into their sound from the Canterbury sounds and the Space Rock genre, but mixed in with Avant-Garde and Jazz Fusion rolled into one like no other. It was like something coming in from another planet and exploring into this amazing and surreal world of the Pot Head Pixies.

This year, the reissue of Camembert Electrique, which was originally released back in 1971 on the BYG Actuel label and then reissued when they were signed to Virgin Records for a cheaper price for 59p at the time they were working on their fifth album, You. Their second album was recorded for only ten days at the Strawberry Studios in which its now known as the Chateau d’Herouville from June to September of that year and it’s this combination of surrealism, ambient, bizarre, weird, and mind-boggling adventure that would later become the basis for the Radio Gnome trilogy.

From the radio transmissions frequency of the introductions of Radio Gnome and seguing into the heavy guitar/bass riff of a psych-proto-punk sounds for You Can’t Kill Me featuring Didier Malherbe’s sax and intense drum work by Pip Pyle and a psych freakout guitar solo to go along, makes the song the perfect way to start off on a journey into space.

And then on the organ-driven humoristic touch as if Daevid is giving a sermon inside a galactic church with I’ve Bin Stoned Before as the mood suddenly changes to an increase tempo that have a lullaby sound as it goes into an homage to the Rolling Stones’ 2000 Man on Mister Long Shanks: O Mother. But it’s Gilli Smyth with the spoken word and space whisper coming into the picture with the ambient/atmospheric voyages on I Am Your Fantasy.

The lyrics have a weird touch, but it fits perfectly as the music sets the tone as Gilli nails it on the vocalizations as the thumping sax wah-wah sinister intensity of Dynamite, features the driven section of the rhythm and on I Am Your Animal is Smyth pushing the envelope of the sexual fantasies and instruments creates the tension on what’s going on and they nailed it!

And You Tried So Hard reminded me of NEU and Captain Beefheart’s Safe As Milk-era for the first minute and fifty-three seconds and then moves into the laid-back psychedelic on what the person can choose between love, choice on what to do, being strong, and how it can be wrong. But for both Fohat Digs Holes in Space and Tropical Fish / Serene, is the band flying into the space rock improvisations, but carrying a dosage of the Canterbury touch with some Zappa-sque vibes into the mix.

I have listened to Camembert Electrique a dozen times and this is for me one of my favorite Gong albums that I would play whenever I would get into the mood of excitement and weirdness inside me. On the reissue that Charly Records have reissued this year, is in a mini LP format with the inner sleeve, original lyrics, and liner notes by Mark Paytress about the making of the album.

There is no denying where the Pot Head Pixies would later go into next as they would enter into the Flying Teapots for the trilogy is about to come next into their work.
Posted by znathanson at 9:58 PM