Discipline - To Shatter All Accord 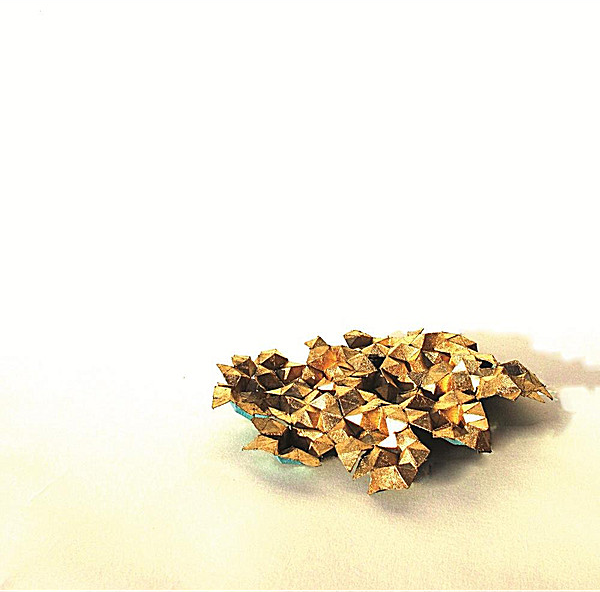 There have been some great bands that I’ve enjoyed as we are heading towards the end of 2014 and heading into the New Year in 2015. One of the bands that have been going on since their formation in Detroit 27 years ago is a group called Discipline. The band considers; Matthew Parmenter on Lead Vocals, Keyboards and Descants, Jon Preston Bouda on Guitar, Matthew Kennedy on Bass, and Paul Dzendzel on Skins and Percussion. I first heard Discipline’s music on Prog Rock Deep Cuts with Ian Beabout and I was so blown away of the music and the structures that reminded me of the theatrics and the sounds Van Der Graaf Generator, Peter Gabriel-era of Genesis, and King Crimson.

Their third album released after their long hiatus in 2011 on their label, Strung Out Records called, To Shatter All Accord, is a beautiful, disturbing, and mesmerizing album. And while this is my introduction to Discipline’s music, they have showed that they can take it up a notch as Parmenter is following in the steps of Peter Hammill and at times Alice Cooper as well to stay true and honest of the sounds. The opening track, Circuitry has the raw guitar riffs and solo, sinister organ sounds, moving piano piece, and the interlude saxophone in the realms of David Jackson that you could tell is a tribute to the sounds of Van Der Graaf’s music.

Then, it segues into When the Walls are Down begins with piano and a jazzy sax coming in for a couple of seconds as it kicks into overdrive thanks to Bouda’s guitar and Dzendzel’s drumming  as Matthew sings “You are alone here/seeing not knowing/beware the shadows/in times of weakness.” What he’s saying to the listener is, don’t be frightened of the voices inside your head. You have to beware of what’s going around in times of desperate measures, you will become the fool and there’s no one to help if the walls come down, just don’t get caught or you will be in danger to yourself.

There is some intense rhythm from the band as Matthew’s echoing vocals fill the hall with the swirling guitar and it fits the void and the atmosphere like a whirling pool of terror to close it while Dead City has a simple and straightforward vibe of the ‘80s. Then the two closing epics are the real deal for Discipline to sink into for 13 and 24-minutes of music to really make you buckle your seat belts to enjoy. The 13-minute When She Dreams She Dreams in Color, is a mesmerizing composition. It begins with a jazzy and moody melody in the realms of Gnidrolog for the first four minutes and twenty seconds as it kicks into a jam of a groove and Matthew challenging Peter Hammill and the instrumentals open up.

The dooming guitar lines, slowed-down drums, piano, crescendo ride cymbals, violin, and the mellotron sounds will take you into another world in another dimension of the passages of time that is an excellent improvisation that makes you feel you are alone and cold with nowhere to go and it’s a sad and moody finale for the last 5-minutes that is a tribute at times to King Crimson’s Starless and The Beatles I Want You (She’s So Heavy). The closing 24-minute, Rogue is where Discipline comes as one.

I really enjoy this track because it shows Discipline taking the darker side of progressive music into an evil territory as if they were reading stories from H.P. Lovecraft, Edgar Allen Poe, and Clive Barker while listening to Peter Hammill’s solo album, The Silent Corner and the Empty Stage for inspiration. There are some different passages whether it will be soaring, sinister, and beautiful thanks to Bouda going into a clean yet ominous approach as Matthew’s voice and the time signatures as well to see which area the band are going into that gives that jolt of electricity.


Amazing guitar work, organ, drums, bass, and vocalizations makes it almost as if Discipline had done a score for one of the Italian Giallo cinemas of the 1970s. I have listened To Shatter All Accord about three times now and while this is my introduction to Discipline’s music, I’m blown away of the band’s music and I can’t wait to hear more of their music for years to come and what will they come up with next.
Posted by znathanson at 10:13 PM