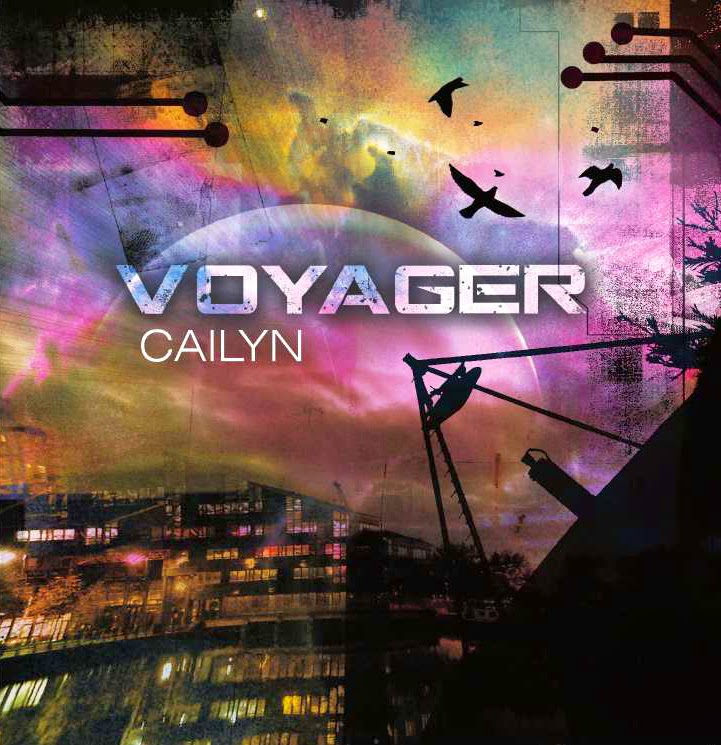 Cailyn Lloyd is one of the most gifted virtuoso guitarist I've ever listened to. Since hearing her work on Friday Night Progressive when I was in Houston Community College working on my Jazz Studies back in 2012 and being completely blown away of her debut album, Four Pieces which was her take of classical composers like Ralph Vaughan Williams, Dvorak, Barber, and touches of Chopin and Schubert thrown in like a bird reading to flap their wings and fly across the grand canyon. She is back with a follow up album called, Voyager.

It’s a concept album that Cailyn was inspired by Gustav Holst’s Planets suite and the portraits of the voyager would fit right in to the sounds of symphonic and orchestral touches of the vision that Cailyn herself would bring to the table of the extended missions the program would embark on into outer space with. She brought along Deryn Cullen on Cello, Neil Holloman on Drums, Nancy Rumbel on English Horn, and the Studiopros of Shelby to add the textures of the atmosphere.

And not to mention Cailyn’s five centerpieces to make you put on your helmet for the adventure of a lifetime you will never forget. The opening title track sounds like an overture as the classical rock uplifting sounds and the bluesy guitar touches in the realms of Gilmour that she brings into, gives it a warmth introduction.

Drums, voices, bass, and synths give it that intense rhythm for liftoff. And it has this ambient beauty of the stars and soaring surroundings to give the rocket a chance to fly into the space touches. Titan has some excellent classical guitar touches along with synths and voices filling in the void and Cailyn going into the styles of Steve Vai as Holloman goes into some intense drumming.

There is a mellow and fast tempo beat that is unexpected for her to create the tension on to slow down and get up into the rhythm on where the changes would go to next. Io has this late ‘70s/early ‘80s electronic heavy rock sound that almost feels as if it she was doing the score for William Friedkin’s Sorcerer with an homage to Agitation Free’s 2nd-era for the haunting score before getting into the blistering thunderous beat to give the closing finale of the surrealism.

The booming guitar chords and lines along with the keyboards playing the melody has a harder symphonic metallic touch with Ariel, gives it a real unexpected wake-up call as if you can imagine what the future will be for us and what is to come. But Cailyn gives the fanfare like introduction that is a powerful way to start things off with Miranda, the smallest planet of Uranus five round satellites.

With a metal feel before going into the Piano concerto that has a Rachmaninoff-sque vibe, It goes back into the styles of Steve Hackett meets Alex Lifeson touches as a homage thrown in that gives it a real kick throughout the entire composition that is unexpected and make you want to take note on what Cailyn would do next. This is a wonderful follow up and a great concept album that I really enjoyed listening to. Cailyn Lloyd has done an amazing job on the idea on the space program and Holst's music going into different planets with a classical, hard rock, and orchestral-electronic surroundings that is on here.

Just imagine yourself going into a ship and journey into the realms of the planets and beyond the infinite because it is an adventure of Cailyn's music that will you take into our solar system of the planets you will explore from beginning, middle, and end.
Posted by znathanson at 12:53 AM