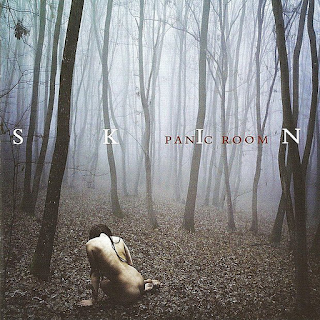 It’s been a while since Panic Room released another album since their first two (Visionary Position and Satellite) had taken the Prog World by surprise. When it was announced this year that Mark Powell, label manager of Esoteric Recordings was starting a new label called Esoteric Antenna, a label for signing up-and-coming prog bands like; Sanguine Hum, Tin Spirits, Squackett, The Reasoning, and of course, Panic Room, it seems that it was time for a new album and they have brought something here to the table with Skin released this year.

A lot of the female prog and symphonic bands that I’ve admired like; Renaissance, Magenta, Curved Air, Within Temptation, and Amberian Dawn, Panic Room has suddenly finally have broken the door down for the resurrection of the Female bands to come out and letting them know to come out with a bang. Today, the Female bands that were part of the ‘70s and now in the 21st century has finally come to show that it is no longer a boy’s club anymore, but it is a door that you can open to write stories in a song complex, and you can also give the genre a drink that is something energetic, and finally give it a huge boost to flap their wings in the soaring sky.

Now with the resurrection going on and getting straight through the album, Panic Room have a touch of the Experimentations and a bit of the Alternative sound as well to stay true to their musical background and give them a huge pat on the back for a job well done. Skin is a dark and emotional album from start to finish and while they moving into the right direction, they have got an organized piece of work and the song structures are spot on thanks to Anne-Marie Helder’s gripping vocals.

The opener, Song For Tomorrow kicks off with a feedback atmospheric guitar background before going into haunting melodic rock mode that is straight out of the sessions of Pink Floyd’s The Division Bell with a touch of fusion and some touching guitar sounds that sets the tone on what is about to come. Chameleon carries a bit of the first track with a moving beat that has a dance flavor with a jazzy touch to it while Screens has a touch of orchestral ‘80s New-Wave synth patterns with a middle-eastern rock sound to it.

Back to the string section sound with an acoustic rhythm upbeat doing some heavy strumming on Chances shows that Helder can give you some goose bumps from a touching and life-lesson view on all the chances that you made and the times you screwed up, you have nowhere to go or run to. Tightrope Walking features an African-tribe percussion jazzy sound and a moody late haunting prog sound that resembles of Supersister’s No Tree Will Grow (On Too High a Mountain) while Promises has an edgier rockin’ symphonic sounds of the ‘70s with an attitude.

Most of the time Panic Room have really come around since working on Skin, it has shown their true love of the Progressive Rock and Art Rock sound by carrying the torches of Pink Floyd, Kate Bush, Premiata Forneria Marconi, and Radiohead. They've never made a bad album since launching back in 2007 and since they’re off to a big start, the pieces of music they have are fitting perfectly like finding a diamond in the rough, and now they can finally go into the soft and evocative moments in their music.

Velvet and Stars has this ¾ time signature waltz that is a mourning piece that has a narrative song complex and very tender as the aural sounds of the acoustic guitar comes into the lukewarm sunrise in the acid folk turned into a lively drum beat done by Gavin John Griffiths on Freefalling as they pay tribute to Radiohead’s OK Computer-era as the last three tracks come into full swing. The title track is a dance-like ballad on the grand piano as Anne’s voice gives you a touching angelic sound as if she’s right behind you while Hiding The World goes into the Heavy Metal sounds as if Helder was teaming up with Kirk Hammett, Jordan Rudess, and Lars Ulrich to come up with this sonic-metallic rocker.

The closer, Nocturnal, which closes the album, has uplifting turned pounding elements with keyboards and the string sections to give it a volt of electricity as the guitar comes around helping Anne’s vocalizations to give it a wonderful climatic ending. Now coming in full circle and in full swing, Panic Room have now finally got the recognition they deserve with a lot of power in their body and Skin is a must listen to record.

Posted by znathanson at 1:41 AM