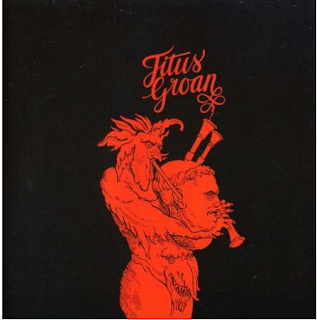 How would you describe Titus Groan? A psychedelic version of Jethro Tull or homage to the raga-rock pioneers Quintessence? How about all of the above? If the answer is yes, well you’ve come to the right place at the right time for this. The band was named after the gothic Gormenghast trilogy by English writer and poet Mervyn Peake and their music was a touch of obscure prog-raga music from the 1970s and it was one of those unearthed bands who had a bit of a small following including as an opening act for ELP in the fall of 1970.

The band was formed out of the ashes of Jon in the summer of love in 1967 and according to the liner notes by Marco Rossi, they released two singles from the EMI label to keep it private that its quite impossible if the songs existed. Before they released the album on the Dawn label in 1971, they released a maxi-single which has been released as bonus tracks by the good people at Esoteric Recordings, but the songs that could have gotten them into the top charts in the UK, faded into the darkness.

It’s hard to describe about the band’s music as from the first notes of the opening track. It Wasn’t For You, which has a psych guitar solo and jazzy horn section that is almost straight out of Chicago Transit Authority (Chicago’s first album) as the 11-minute epic Hall of Bright Carvings, which is the highlight of the album, starts off as a middle-eastern rock sound before becoming a psychedelic freak out section that is a reminiscent of Jefferson Airplane meets an English version of Buffalo Springfield.

The music becomes very interesting after the first two tracks. First, there’s the dooming sound of Jethro Tull on I Can’t Change with a mourning flute work that could have been used from the Stand Up and Benefit sessions and then on It’s All Up With Us, is a heartfelt tribute to their childhood days in Manchester with a upbeat melody that is very much Beatle-sque.

Meanwhile, the closing 6-minute track, Fuschia, is raw volcanic rock finale. Mixed in with some early reminiscent of Barclay James Harvest’s first album and some fierce guitar work combining with some eerie bass lines and Nick Mason like drum work is quite breathtaking and yet disturbing.

Now we’ve come to the Maxi-Singles. They come into the picture like a breath of fresh air – the country rock tinged touch of Dylan’s Open The Door Homer, the Folk Rock beauty Woman of the World, and the Pete Townshend-sque strumming roller coaster sound on Liverpool.

When you listen to the three tracks, you can tell how obscure and different in what the band was coming. Liverpool, is a strange track with its melodic twisted vocal harmonies and the sound of the Question of Balance-era of the Moody Blues, this song would have been the love theme song for HBO’s Deadwood. It’s a shame to see where Titus Groan would have gone to if they had sticked around, but their sole self-titled debut album is like a nice hot cup of tea served with some LSD biscuits to come with it and enjoy the ride.

Posted by znathanson at 6:15 PM