Bent Knee - You Know What They Mean 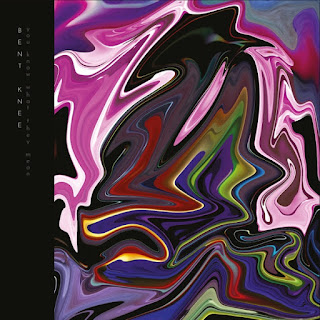 “When she counted all the pieces they didn’t add up/thimble breaks the abacus into thin strata/oversharp cynical/out of date/if you got a bone to pick with time/WE GOT A SCORE TO SETTLE TOO!” from the snarling arrangements of Bent Knee’s second piece called Bone Rage, it almost sounds like hell has arrived by blowing the doors down with an eruptive cannon blast, looking for a massive fight.

There’s no denying that Bent Knee have been around for 10 years. And their music can still grab you unexpectedly like an enormous flower that has opened to reveal its true glory. That and their fifth studio album on the InsideOut label entitled You Know What They Mean, a follow-up to Land Animal, has finally unleashed the beast from their cages as it continues to attack its prey.

It is loud, brutal, scary, and intensive that I’ve ever listened to. Catch Light has this chugging bass thump by Jessica Kion while Ben’s guitar snarls some more to get out of its prison for the first two minutes and eight seconds as Ben becomes free to bring out gigantic patterns for Gavin to reach towards the sky.

Garbage Shark sees Chris Baum plucking the intensive scenarios on the strings from his violin as it becomes very post-apocalyptic while the rhythm gives Bent Knee a chance to honor the atmosphere’s between Supersister’s No Tree Will Grow (On too High a Mountain) before travelling to hurtle through the cosmos of the post-rock version of Syd Barrett’s Pink Floyd on Astronomy Domine.

Golden Hour is Bent Knee’s travel towards the seven seas of ambient voyages for the first two minutes to honor both Brian Eno’s Another Green World and Joy Division as Hold Me In gives Gavin a chance to do this Jazz swing on the drums before Courtney and Jessica set up this unbelievable twist with nightmarish vocals into this romantic bliss before erupting into a shining diamond.

They’re almost saying to the listener, “We got something very powerful. We can’t show it you until the very end.” And the magical powers they have are very damn good. Bent Knee’s new album is the group at their finest. They bring over the light and darkness together on You Know What They Mean.

And throughout their 10 years, since their formation at Berklee College of Music, they’re keeping the engines running hot. And they are one of the most amazing, scariest, and intensive bands I’ve listened to.

Posted by znathanson at 9:31 PM