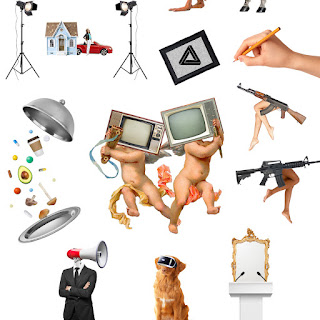 Travis Benson is a name you probably may not be familiar with. He was born in Haverhill, Massachusetts. He has a different way to write and compose his own music. It has this structure that goes beyond by pushing the envelope with the release of his sole self-titled debut album release this year.

And with a little help from Bent Knee’s Courtney Swain who appears on the opening track of Sun Song, it shows that Travis has got a long way to go. And throughout the four centerpieces that are on his debut release, shows that he can go as far as he can go.

On Sky & Weather Travis channels the late great Harry Nilsson during his Nilsson Schmilsson-era by going through this playground slide of his guitar the sounds like an arpeggiated carousel by making it lift through alternative routes that opens up various locations of these doors for Travis to embark on. Braindead Megaphone has thumping bass', harpsichord, punky chords, and eerie punches that give Benson real jolts of electricity.

The midsection goes through some Clockwork Orange territory as the sounds of TV’s showcasing the news, protesters rioting and running amok while showing the listener of what America has become. And it isn’t pretty. As I’ve mentioned earlier, the opening track of Sun’s Song has a happy-go-lucky unexpected rhythm that he does to go into some alternative, finger-picking fanfare’s, intensive, punchy, and going into the roots of Bent Knee’s music thanks to Courtney’s amazing background vocalizations.

There are some stronger elements that have some sort of dysfunction between happiness and insanity by showing us the darker side of the picture that the public aren’t allowed to see, but Travis goes in there by bringing us this glass onion-like globe to say “Look in here, this is what’s happening, this is what we’re dealing with.”

Reaping Memes have disturbing imagery of what is to come in the 22nd century that is continuing to grow with some electronic trip-hop beats on the drums with a dosage of the 8-bit sounds from the Nintendo system that swirls in unexpectedly. Travis Benson’s debut release may take a few listens.

But there is something special about this music. Is he the greatest singer of all time? No, but Travis has got a lot of ideas that he wants to bring in. And I hope the next release will be even more surprising than ever. So if you think he’s going to pull a Ariana Grande or sing a Justin Bieber ballad, think again. He’s got more doors to open, and they’ll be opened up very widely.
Posted by znathanson at 4:30 PM