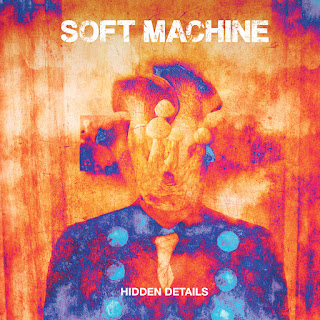 It’s been 50 years since the Soft Machine released their sole self-titled debut album. From their Canterbury Psychedelic sounds to Jazz Fusion in the 1970s. The Soft Machine went through various line-up changes. Daevid Allen, Allan Holdsworth, Robert Wyatt, Hugh Hopper, Elton Dean, Mike Ratledge, Kevin Ayers, and Karl Jenkins to name a few, they were ahead of their time.

Now for me with the Soft Machine, I’ve always prefer their first three albums. But when I heard they were going to release a new album this year, my first thought was, “Well, this should be interesting. Let’s see what it’s like.” I have been familiar back in 2013 when it was known as Soft Machine Legacy when they released one of my favorite albums Burden of Proof which was issued on MoonJune Records and Esoteric Antenna. But let’s get straight to Hidden Details which is released on the same label, and find out what kind of ingredients they have cooked inside the kitchen.

I will admit, I’m not a gigantic Soft Machine fan, but I was completely taken aback from what I was listening to from start to finish with Hidden Details. And it showed how much in awe I have with this album. This is the first album they’ve released since their last and final album Land of Cockayne in 1981. And this is a big surprise they’ve unleashed this year.

From the opening composition of the title-track, John Etheridge’s guitar delves into a Dance of the Maya-sque intro as Theo’s sax and Babbington’s dooming bass sets up the crime scene with a futuristic film-noir background. Travis lays down some of the clues through his saxes and noticing a piece of the puzzle is missing before switching gears towards a wah-wah fender Rhodes sound as Roy and Etheridge go into some directory of being on the right track.

Broken Hill sees Etheridge creating these cavernous sounds as Theo goes more into the mysterious travels through his Rhodes while Marshall takes the cymbals on his drums into various areas you do not want to go into when it gets dark. I can imagine this piece as a film-score that Soft Machine do. And they set up these bluesy-psychedelic vibrations to go through these corridors as if to find out which parallel door they want to go into.

John Marshall’s drumming on Flight of the Jett goes through various crescendos capturing the styles of Elvin Jones and Robert Wyatt. I felt a little tug to the Third-era as Marshall hammering those drums like a true jazz musician as he’s going through the drum kit and knowing he’s not going through a stop sign, but making sure the job is done right.

Etheridge channels the riffs between Gentle Giant’s Gary Green during The Power and the Glory and Kansas’ Kerry Livgren’s Leftoverture phase before channeling the Grand Wazoo himself by laying down more of the Blues-like improvisation through his guitar playing on One Glove. But then we get to Ratledge’s composition of the first part of Out Bloody Rageous which originally appeared on the Third album in 1970.

The introduction begins with Theo using his Fender Rhodes to channel Terry Riley’s A Rainbow in Curved Air as he makes the keyboard sounding like an experimental swirling rainbow drop before the band members come into play honoring Ratledge’s arrangement. They honor not only his work, but Travis channeling the late great Elton Dean to keep his legacy alive and it is a great tipping the hat to him.

Fourteen Hour Dream has this combination of a Jazz-Psych-Pop orientated piece. From Babbington’s intro that he plays on his plays like a loop through walking circles, to unbelievable mid-bright mornings near the end by going through a mystifying atmosphere.

The closing track, Breathe features guest musician Nick Utteridge on wind chimes, sees Theo, Nick, and Marshall taking you into these atmospheric landscapes to the land of the rising sun. You can close your eyes and imagine this piece of music as a score to cities of Japan and it fits perfectly to capture the essence of the journey into the heart of Tokyo.

Hidden Details shows that Soft Machine is more than just both a Progressive and Jazz rock band. But going beyond those genres and making it something special with their sound. And this album creates a strangely, beautiful, adventurous, and illustrated that is brought to life.

Posted by znathanson at 9:33 PM