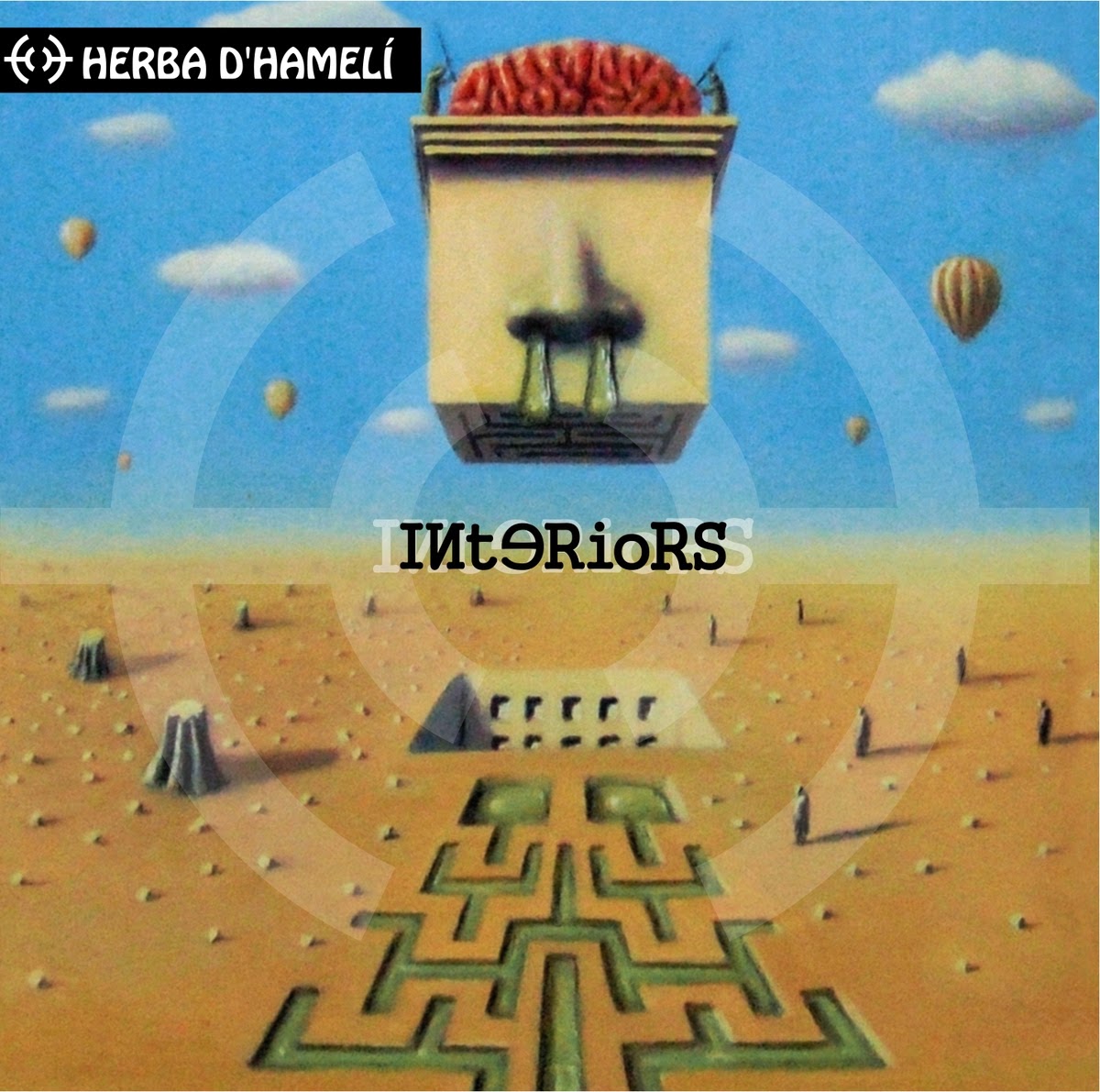 Herba D’Hameli is a progressive rock sextet hailing from Barcelona, Spain that has been around since forming in 2001. They have released five albums from 2001 to 2011. Despite various lineup changes the band considers: Carles Pinos on Keyboards, Vocals, Claudio Trullen on Vocals and Acoustic Guitar, Dani Fabre on Bass Guitar and Vocals, Guillem Roma on Drums, Josep Tardio on Flute and Keyboards, and Valenti Pinos on Electric Guitar.

Their new album released this year called, Interiors, is their sixth. And this is an introduction for me of listening to their music and I have to say, I was completely blown away from the moment I’ve put the album and listened to it in its entirety. There are elements of Symphonic, Jazz, Classical, Canterbury, and the Catalan Folk thrown in also.

It has resemblance of Camel, Frank Zappa, Jethro Tull, Peter Gabriel-era of Genesis, and King Crimson. The rhythm section between all of six of them, they both have great interaction and I could tell that have some support in each other as they create some magical wonders in their music. The keyboard and flute section from Josep and Carles are magnificent through their improvisations.

Plus it has that lush and adventurous atmosphere that is in Hameli’s music while the Jazz melodies come into play. The thing I love about on their sixth album is that the sextet have a touch of the genres as I’ve mentioned between both Jazz Fusion and the Canterbury scene and the band have done their homework very well and its an excellent mixture of the two.

But Interiors is not just an amazing album, it is a journey into the other worlds and the music itself carries the vibes into the scenery. Usage of Mellotrons, Synths, Guitars, Vocals, and Drums, going in different parts of the time signatures with stop-and-go moments, it was like an unexpected jaw-dropping moment on the four compositions on what they have accomplished.

And the accomplishments are very well done and well structured. So far, I have enjoyed listening to Herba D’Hameli’s Interiors right from the moment I’ve put it on. This is my third listen of their music and I have to say I’m completely in awe and blown away of the band’s sound and achievement and I knew the moment I put it on, I soon realize I’m going to check out their previous work this year.


So if you are ready to go explore the wonders of Classical, Symphonic, Jazz Fusion and Catalan Folk music set to an epic score for a breathtaking animated film as it was done with real 2D animation, then Herba D’Hameli’s sixth album is the soundtrack inside your head. Worth exploring and worth checking out.
Posted by znathanson at 9:54 PM