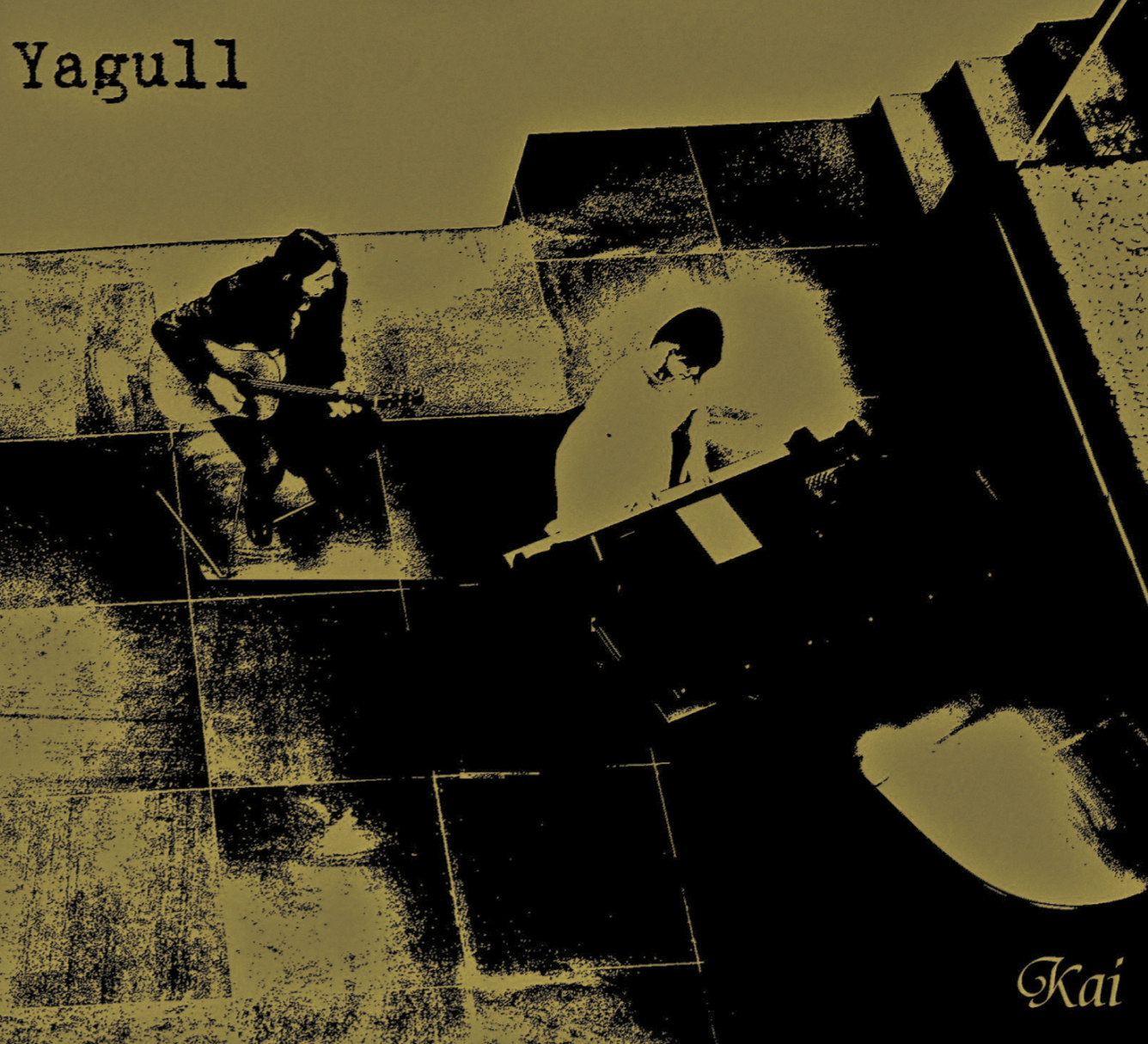 Sasha Markovic is a very busy man when it comes to projects like; Yagull, The Sours, and Sashasonia. And now with Yagull, they are now signed with Moonjune Records in which it is their official debut this year with their follow up with to Films, are back this year with a new album called, Kai. Both Sasha and pianist Kana Kamitsubo have really taken a huge step with this because it is very melodic, classical, and beauty inside with their second album and they also brought some guests including guitarists Dewa Budjana and Beledo, drummer Marko Djordjevic, double bassist Yoshiki Yamada, and flute player Lori Reddy to name a few.

There are 12 compositions on the albums including two classic rock covers from Free and Deep Purple to shown to take into an acoustic and calming direction to show their love and take of the two songs. Not to mention six highlights to show how much they have done well. Mio is a flamenco style reminiscent of Eric Burdon and the Animals with a Ottmar Liebert touch to it and it is almost as if Sasha was writing the score for Robert Rodriguez’s El Mariachi trilogy to give the action and power to it.

Elsewhere with Kana Kamitsubo, she brings the sounds of Vince Guaraldi to her inspiration with the soothing and touching dance of a ballad on Blossom. On the composition, she along with Sasha and Dewa Budjana who gives a Gilmour-sque flavor on his guitar to help Sasha create the melodies together, they bring a soaring sound to ascend into the heavens between the three of them.  But their takes between Free and Deep Purple are the ones that are interesting and blown away from what they have done to the pieces.

On Wishing Well, it has a lukewarm touch with a relaxing beat and Wen Chang’s violin has a Gentle Giant touch to it as Sasha’s rhythm and lead is a clean touch with a spiritual wonder while Burn begins with a classical introduction between Ritchie Blackmore and Mason Williams at first before the catchy rhythms and Kana’s piano has this Gershwin flavor (Rhapsody in Blue vibe) to it and it’s a foot tapping beat.

Z-Parrow has a Celtic influence in there with the beats and tempo going into a clapping rhythm and Lori Reddy’s flute helps capture the beat and the tempo of the instrumental and not to mention the militant introduction of the snare drum done by Sasha before getting into the dancing. Kana comes back into the jazzy beats as she lets the listener walk into the sunset thanks to Jackson Kincheloe’s harmonica’s setting of the ballad throughout the last two minutes helps it make it on the way of the road towards home on the Sound of M.


I have listened to Kai about four times now and both Sasha and Kana shown a lot of what they have from their previous first album and the touches of classical, jazz, and folk, is a perfect welcome back into their inspirations. So if you love Films, their debut album, Kai is their achievement on what is to come now for the road to see where they would lead to next.
Posted by znathanson at 3:51 PM