Avoral - War Is Not Over 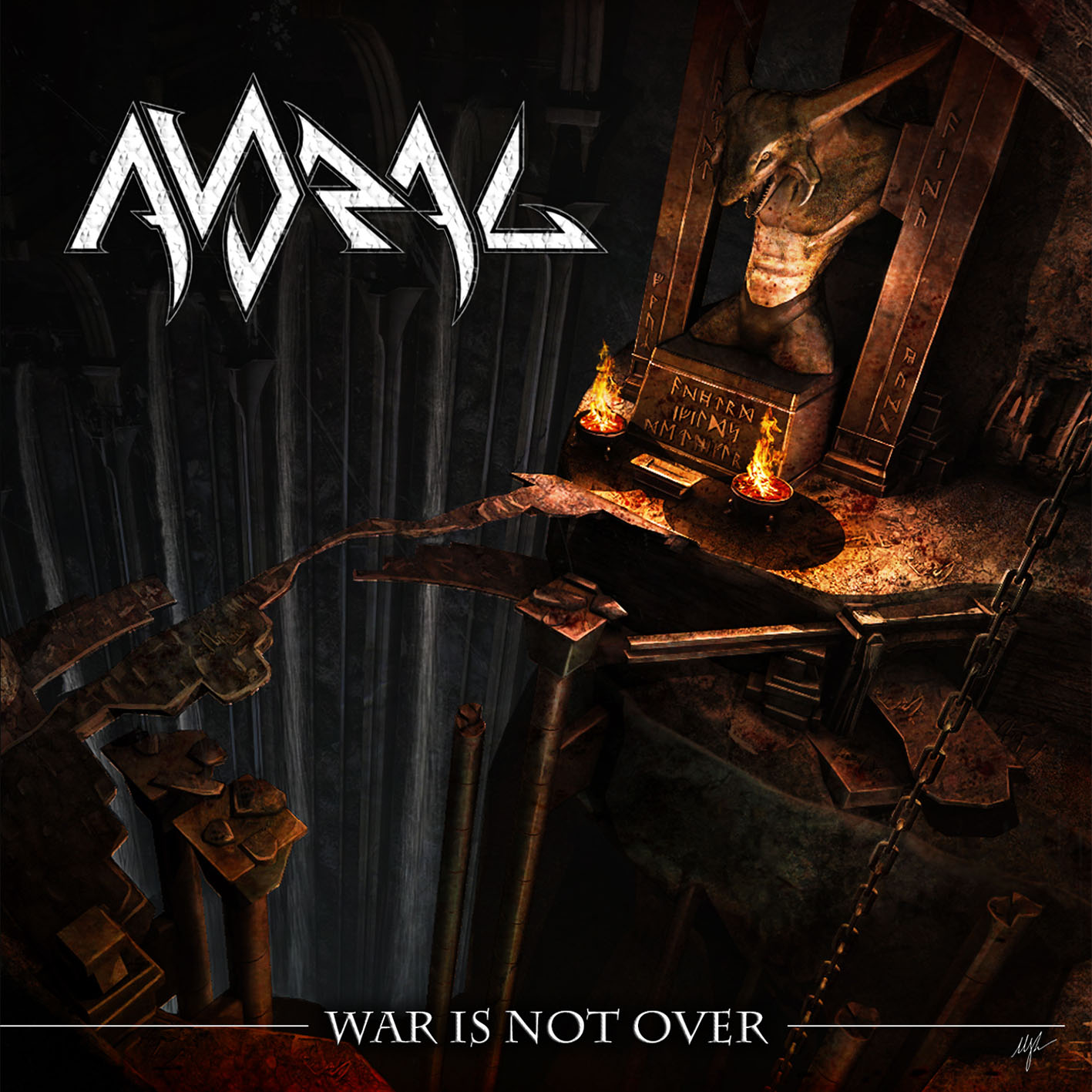 With the sounds of Epic, Power, Thrash, and Speed Metal thrown in along with the inspirations of Fantasy Literature, you know it’s going to be an interesting combination of the four concepts. And one of the up-and-coming bands to come out of Italy is an Epic Heavy Metal band called, Avoral. Since their formation in 2011, the band’s music is like a roller-coaster ride that is almost a legendary adventure from start to finish to see where the quintet would go to next.

I’m not a wild fan of the Epic and Speed Metal sounds, but I do respect the genre very well and understand that yes it might be over the top, but it is without a doubt an interesting debut album that Avoral has unleashed this year with War is Not Over. And of course not to mention the five highlights on here that took me by surprise. The opening track, Ivory Gates, begins with the rain pouring and the thunders crashing along with the footsteps for a person to open the gate as the blaring guitars and drums along with the vocals come pumping in for a charging introduction.

Not to mention the midsection in which it features a militant sound along with a rapid fire sound on the guitars between the lead and the rhythm. There is an accelerated yet energetic sinister sound featuring the clean and growling vocals that is almost that the battle is still raging on Unwanted Treason while the tolling bells with a sing-along operatic double time ramming faster speed to stand for justice and freedom gets you in the mood to get ready and hopefully sacrifice yourself in I’ll Rise Again.

Speaking of Opera, it is almost as if this along with the sixth composition were almost if you wish a mini Metal opera. The vocals go into the area of the section that is a tribute and inspirational sounds of Iron Maiden. Which is evidential on the throbbing yet palpitating vivid extreme roar on Journey to the Glory and the guitars paying tribute to the duo guitarists of Dave Murray and Adrian Smith as it resembles of the first two albums in the early ‘80s on the Dark Caves Melody.


The closing title track, starts in a ¾ time signature of a waltz before the rhythm section goes into a hammering and rapid roar between the drumming and guitars as the beats per minute goes at 190 but still in the signature before ending with a haunting string section that knowing the battle may not be over for everyone, it is only just begun. Now is this a great album? No, but I’ve listened to War is Not Over three times now and even though it’s a starter for Avoral, it’s an interesting and an adequate debut for them and they have a long road ahead of them.
Posted by znathanson at 7:09 AM