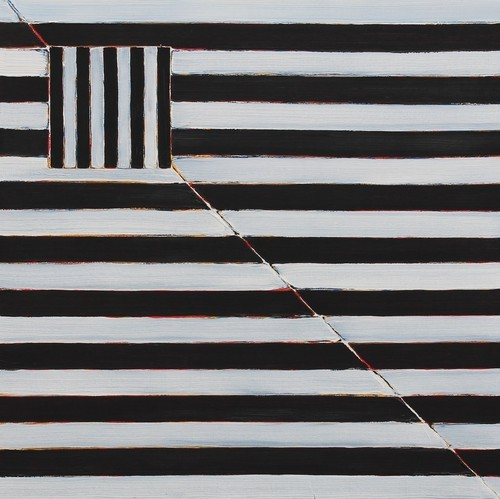 It’s quite an amazing idea of having different time signatures and wacky ideas to come unexpected that is right at you at the moment as a listener to go back and find out by saying “what did they just do all of a sudden? This is really interesting!” One of the bands is Austin’s The Invincible Czars who have been around for twelve years and while this is my introduction of the band’s music, it’s almost as if Frank Zappa had been around and teamed up with The Charlie Daniels Band, Miriodor and Hamster Theatre to create some mind-blowing ideas that just comes out of the water ready to get the machine ready for action for a performance they’ll never forget.

They have also some arrangements for Tchaikovsky and Mussorgsky to gain word of mouth along recognition for a band that had various line-ups show that they can knock one out of the ball park. Their EP, Invincible Czars play Graham Reynolds & Peter Stopschinski, shows how much they can have a blast. The EP is a tribute of the two composers who did score work. Graham has done work with filmmakers including Richard Linklater on films like; A Scanner Darkly, Bernie and Before Midnight to name a few while Peter has done short films including Chickenfut and Attack of the Bride Monster.

Opener, Greyhound starts off with electricity thanks to Josh Robins bass and guitar work along with Phil Davidson and Leila Henley’s intense work between Violin and Flute and Chuck Fischer’s fast drumming work. It has this stop-and-go movement that the band would play and give Phil a chance to play a quick solo and Leila as well and it is quite interesting that they could have been inspired by King Crimson and bits of Jean-Luc Ponty as well, but the music keeps on going.

The haunting and in the vibes of Egyptian atmosphere thanks to Robins guitar in the style of Frank Zappa and Fred Firth of Henry Cow, can come in quite handy with The Duchess of Parma (The Polish Opening). At times it reminded me of the Diablo Swing Orchestra and almost like they could have used this piece of music for one of Tim Burton’s stop-motion animated films for Corpse Bride or The Nightmare Before Christmas as the melodic nightmarish dystopian ‘60s vibe, Dark Theme from Metropolis, is chilling and will give you goose bumps.

Josh does this twilight zone-sque yet spooky introduction with the delay/reverb sound to have that spaghetti western touch on his Guitar as if you are walking in a town with no one there as if you can hear a pin drop before the band comes in to have this mellowing and sadness of a town that was supposed to be, but gone wrong. The closing track, The Difference Engine II: Ada, opens with a guitar that is sounding like a Harpischord/Organ with a dytopian lullaby for the first 30 seconds and then the sax and violin play the same melody as the bass along with the drums comes in to increase the tension as it goes into some pronk (prog-punk) like structures to have the tempos going fast and not to mention the late ‘60s psychedelic vibe to go with it (Nuggets style!) before the haunting harpischord-like guitar chords closes the curtain.


The Invincible Czars have all the ingredients to have fun and enjoy themselves. They are one of those bands that they can take these different genres of Prog, Rock in Opposition, Punk, Polka, Hard Rock, and Jazz rolled up into one and create some amazement with their instruments and you can never expect what to come out of them. This is my 6th time listening to this EP, and I have now become blown away by The Invincible Czars and they are soon going to become one of my favorite bands to come out of Austin.
Posted by znathanson at 8:06 PM