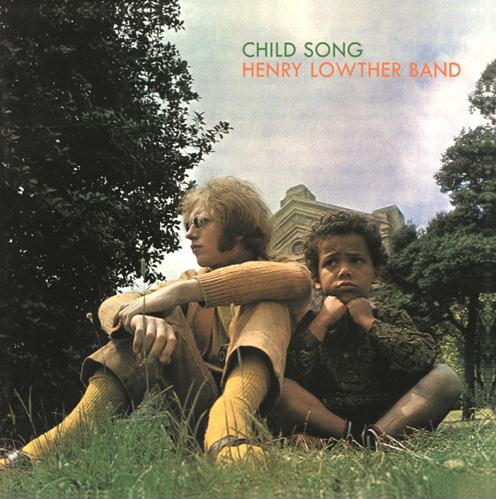 When people think of Jazz, they think of; John Coltrane, Thelonious Monk, Miles Davis, Art Tatum, and Herbie Hancock to name a few. All of them changed the way we hear and listen to the sound of Jazz. But there is one artist that is overlooked and really had given a surprising debut that was released in 1970 and it has been a collector’s item that is rare and hard to find. And that is the Henry Lowther Band’s debut album, Child Song.

This is one of the most amazing reissues that the good people from Esoteric Recordings have released last year and it is one of my favorite listening albums I’ve experienced the moment I’ve put on the CD from start to finish and I was completely blown away from what I was hearing. Lowther is a session musician by working with bands and artists including; Keef Hartley Band, Bob Downes, Neil Ardley, Talk Talk, and John Mayall to name a few. And from the moment he was working on the album, he was already a student at The Royal Academy of Music in London while he went back and forth from playing Trumpet to Violin.

Alongside Henry Lowther, the band considered; Tony Roberts on Tenor Sax, Percussion, and Bass Clarinet, Mike McNaught on Electric Piano and Percussion, Daryl Runswick on Bass Guitar, Percussion, and Double Bass, and Mike Travis on Drums and Percussion. And also, guests musicians Jimmy Jewel on Tenor Sax and Neil Slaven on Percussion. Introduction starts off with a mourning fanfare that Lowther does on the Trumpet to give it a Coltrane-sque opener before McNaught and Runswick help out as if it they are doing almost a sequel to A Love Supreme and its almost as if Coltrane himself, Elvin Jones, Jimmy Garrison and McCoy Tyner are watching in awe in the studio to see these young musicians carrying the spirit of sax player himself.

Trav’lling Song is a moody, dark, and yet ambient-sombering composition. Lowther plays these beautiful soft and calming sounds on the violin. It’s very much like waiting for the sun to come up as the dawn comes near in the forest and do some classical orientations throughout his instrument before they go into a walking beat thanks to Mike Travis drum work and Tony Roberts’ Tenor Sax setting the mood for a bit here and there.

And then, it segues into Plaything (Child Song and Anima). It begins with the violin, Rhodes, and double bass coming into as one before they put them down and get into the percussion’s and just go into this Avant-Garde atmosphere on there. It’s almost homage to Nick Mason’s The Grand Vizer’s Garden Party for a couple of minutes and almost as if it could have been used during the Ummagumma sessions while they get into some Fusion-Funk business.

It is ¾ Skip (Trip-Up) that is a real catchy yet toe-tapping melody. There are some nice touches to the Canterbury sound with the Soft Machine’s Slightly All the Time. And Henry gives Runswick a chance to shine on his bass guitar. He is just going through his solo and just nails it each time he goes through the frets and at times it reminded me of Hugh Hopper and Pekka Pohjola (Wigwam) at times and by the time it gets a little faster, you could tell they are having a blast as Lowther blasts his Sax to give it the Miles sound and it’s a knockout!

Between gives Lowther a chance to show his classical side as the string section and his violin playing, is soothing and atonal as well as he goes through the mind of Arnold Schoenberg and a bit of Itzhak Perlman as well before closing it off with Puppet Song. The 11-minute finale, is Henry’s tribute to Miles Davis’ In a Silent Way-era as the band get down to work as they take turns soloing. Between Tony Roberts workout on his Sax, Lowther, Runswick, McNaught and Travis dueling it out to see who would come in the final race of the competition for the amazing solo, but they are all winners and it is a perfect composition to close the album off with a soothing yet smoky closer finale that makes you walk into the streets of either New York or Paris at 'round about Midnight.


The liner notes, done by Sid Smith, features an interview with Henry Lowther about the making of the album and the people who were a part of the album shows a lot of amazing and interesting insights on Child Song. It is one of the best reissues that Esoteric has done and I always can’t wait to see what they have up their sleeves for the years to come. So if you love the sounds of Miles Davis, John Coltrane, and the Third-era of the Soft Machine, then Henry Lowther Band’s Child Song is a must have for Jazz Rock fans to sink into.
Posted by znathanson at 10:40 PM