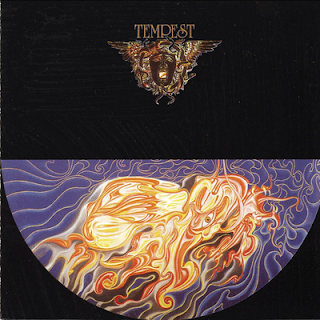 Truly one of the most unearthed trio bands that were a combination of Grand Funk Railroad meets Blue Cheer meets Mountain, this was a band that were one of the most underrated. With the sounds of Fusion, Blues, and dare I say the early beginnings of Heavy Metal, Tempest was formed out of the ashes of Colosseum. The band released two albums in 1973 and 1974 on the Bronze label and they are a dosage of thundering guitar solos, pounding drum work, and a touch of mind-blowing bass lines that was a nod to the sound of Noel Redding and towards the early beginnings of Colosseum.

The band featured drummer Jon Hiseman, bassist Mark Clarke, and up-and-coming guitarist Allan Holdsworth. While Hendrix brought the early beginnings of Hard Rock in the late ‘60s, Tempest brought the torch to the Olympic Stadium. Their first sole self-titled debut album is magnificently untouchable. It has an aggressive approach, as shown in the opener, the folksy turned beast-like rumble of Gorgon. Like a door opening so hardcore, Allan Holdsworth rips into a shredding guitar solo while Paul Williams vocals roar viciously as if he could have replaced Paul Rodgers for Free as they exhibit more of the fierce tones that echo Wishbone Ash’s Argus.

Songs like Foyers of Fun and Up and On, they breach on the reminiscent of Cream and impressing the underground scene like an explosive dynamite that would grab you by the ears screaming out for a warm reception, you could tell that they would have embraced the Album Orientated Rock sound with a mighty bang. However on Brothers, it’s more of a fast-speeding jazz rocking bullet train in the style of Colosseum and Italian Prog maestro’s Goblin combined together, it’s a shuffling adventurous guitar race, Mark’s bass line is almost a fusion run through, and Jon’s drumming is in the style of Billy Cobham that would have your heart pounding faster. 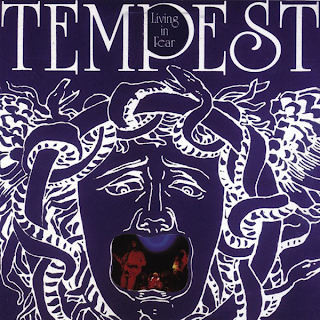 Living in Fear, released in 1974, sees Allan Holdsworth leaving the band to pursue work with Soft Machine as the late Ollie Halsall entered the picture to lend more of an early beginning on the New Wave of British Heavy Metal which is evidential on the opener Funeral Empire which had an earlier reminiscent of UFO’s Dreamin’ off on Mechanix that makes Ollie’s guitar playing sound like Michael Schenker while they revamp the Beatles classic Paperback Writer as a straightforward rocker and staying true to the classic. Stargazer is a funk-rock attitude as Mark Clarke brings the genre as almost an FM hit in the realms of Zeppelin’s Physical Graffiti-era.

Dance to My Tune is very volcanic rock while Waiting for a Miracle sees the band in a Prog-Rock momentum featuring some heavy duty moog solos on the two compositions as they have a great time and lay back to get the groove flowing. After the release of the two albums, Tempest decided to call it a day. Although they were ahead of their time and might receive a lot of attention, Tempest’s music still shines through the soaring lost treasures of hidden classics. Hugely recommended.
Posted by znathanson at 2:02 AM