King Crimson - In The Wake of Poseidon/Islands 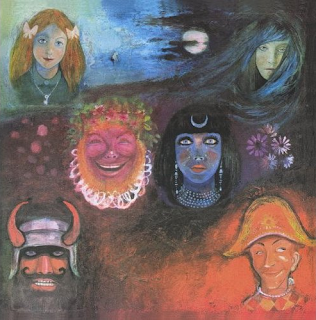 After finishing up the gig at the Fillmore West in 1969 and achieving an underground following with the release of In The Court of the Crimson King, the band headed back to England to work on a follow up to their debut album, but the band themselves was in limbo. Two of the members, Ian McDonald and Michael Giles departed from King Crimson to pursue other work as Greg Lake was about to follow them as he was about to embark on Prog’s very first supergroup with Keith Emerson and Carl Palmer. It was up to Robert Fripp to let Greg and Mike stay for one more album and have Mike’s brother Peter come in as session musicians to help out on Crimson’s groundbreaking second album, In The Wake of Poseidon.

Originally released in May 1970, it received critical acclaim. One critic from the Melody Maker wrote, “If Wagner were alive, he’d work with King Crimson.” It’s one of their best albums from that time period and reached the UK charts at number 4. It was their commercial success and almost got them into the mainstream with Poseidon, but they weren’t rock stars, they brought chaos, brute evil force, and destruction as Fripp describes Crimson, “A way of doing things.” Robert brought the fast time changes on the guitar as if he is conducting and composing to let the band know where to go and where to stop.

Pictures of a City which could have been a sequel to 21st Century Schizoid Man, still sounds terrifying and has the same structures with the Schizoid riff and fuzz tone elements that Fripp does on the guitar effect to give it that real gnarly sound and makes the first early beginnings of math rock while the quirky humor fun of fast food on the Jazzy Rock sound of Cat Food still makes your mouth watery to fill your mouth filled with junk of corporate America. Cadence and Cascade still sounds like an acoustic love song melody which could have been the theme song for Love Story starring Ali McGraw and Ryan O’Neal as we have an extra track of Greg Lake’s guiding vocals on the tune that almost makes it pitch perfect.

The opening Peace – A Beginning still sounds like a disturbing introduction before getting into the sinister gut punching sound while the title track carries the same boundaries of the mellotronic beauty on the 8-minute epic, Epitaph. The three part 13-minute suite, The Devil’s Triangle in which it pays tribute to Gustav Holst’s The Planets, is explosive and dangerous. Almost as if it’s a tribute to the mysterious island, The Bermuda Triangle in where Amelia Earhart might have disappeared to, it must have been recorded for a horror film as the mellotron gives it a dooming score for the composition. And even though this is the only track that Steven Wilson didn’t remix because the multi-tracks for the piece didn’t exist which is no hard feeling towards the Crimson fans, but it has the elements of Stravinsky to it at times there is a moment you can tell that Fripp is almost the great-great-great grandson of Igor as if he’s performing the suite in front of the ballet dancers to dance to it as audiences are scared shitless for the best.

The bonus track for the A-Side of Cat Food, Groon, the 2010 mix which has a Coltrane-sque fusion sound as if Fripp and the band go into Traditional Free Jazz sound with droning rhythm sound on the guitar, fast peddling bass and drums filling the scenery. You could tell that it could have been recorded for the sessions of Giant Steps as if it was recorded in 1970 and have your Jazz Records piling for more fun at the same time. Now we come to one of the most love or loathe albums for the follow up to Lizard, Islands. 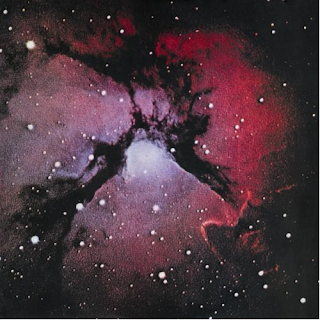 Their fourth album, released in 1971, features six bonus tracks as if to make-up where the album left off abruptly on the last 11-minute title track. The album, in which I really got a kick out of for the first time as if they were back into the Jazz scene again with the Coltrane influences in there. Formentera Lady has the elements of disturbing string bass intro, the bossa-nova bass line that Boz Burrell would do, and a Fantasy atmospheric beat that would have the listeners thinking what the hell that was as Mel Collins brings an energetic power on the beat throughout his sax.

The 7-minute epic, Sailor’s Tale, is still a fusion turned into a freaked-out adventure. According to Crimson expert Sid Smith, the piece was finished at 2:00 in the morning for Robert Fripp to go batshit crazy for his guitar to come up with some magnificent experiments to solo on. He’s like Dr. Frankenstein as if he is creating the monster with a lot of extortion and just going at the piece for the last 3-minutes to give the futuristic view on the 22nd century as if the creature is alive and trying to take over the world by his cold dead hands. The Letters starts off as 15th century baroque classical ballad and then it turns into a fierce metallic thunderstorm thanks to Mel Collins homage to VDGG’s David Jackson and John Coltrane as he packs a punch while the erotic sexual raunchy score for Linda Lovelace’s theme for Deep Throat on Ladies of the Road still brings the blues funk element to the table.

The pastoral symphonic beauty of Prelude: Song of the Gulls is very beautiful with the string quartet setting this dreamland sound as if it’s a calm after the first four tracks to give the band a breather while the 12-minute epic, Islands closes the album with a laid-back groove and then ends at the 9-minute mark for a 1-minute silence as we hear chatter from Robert Fripp giving instructions to the quartet and the oboe on what to do next. This is where the bonus track comes into the ball park.

The studio run through of Islands with the oboe prominent is a wonderful mourning beauty and it shows why this piece never made it to the final cut of the 12-minute epic. There’s also the sneak peek of an earlier version of Larks Tongues in Aspic on the speeding composition of A Peacemaking Stint Unrolls as for the remixed version of Ladies on the Road still packs a real punch as if it was recorded this year with an extended ending, new background vocals and a mighty touch to the core that will blow your socks off.

On the DVD, there’s the alternate album, the Routes to Islands which features rehearsals and different mixes that would become almost a mixed opinion for Crimson fans to draw a line in the sand over. The performances at Plymouth and the Zoom-Club would have KC recording a spaghetti western and give the bullets going for them. It’s always a joy to hear these new stereo mixes and how we must give Steven Wilson a pat on the back along with Fripp as well. These albums are a true market in the progressive genre and will influence a new generation to see how real good music was back then. Let’s see what they have up their sleeve for Larks, Starless and the 30th anniversary of Discipline.
Posted by znathanson at 12:57 AM