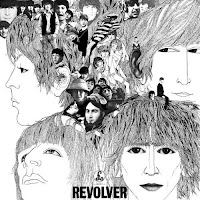 Though Rubber Soul was a success, their next album would be a move away from the hit singles of From Me to You, She Loves You, and I Want to Hold Your Hand with the release of the psychedelic opus. Revolver shows the Beatles at their creative procedure, with a flaming fire that won’t burn with however they want to do their music of freedom. It’s impossible to talk about their seventh album, in which in their pre-Sgt. Pepper-era, they showed their fans and the listeners a new sound that was unbelievable and have a tightrope with magnificent songs that all go according to plan.
There are beautiful things that are going on Revolver: You have the eerie acoustical daydream and the tribute to the Tibetan book of the dead period with Lennon’s I’m Only Sleeping and Tomorrow Never Knows which features the first time to hear backward guitars, tape loops, John’s voice through a Leslie speaker, the drumming is in ¾ time signature to give it that Avant-Garde feel while the music goes fucking insane throughout this psychedelic timothy leary LSD trip, Paul on the other hand is doing two ballads, waking up to the sunrise, and a tribute to the Soul scene horn section also with melancholy beauty of Here, There, and Everywhere, the lukewarm piano sadness of the whimsical touches on For No One, the classical arrangements with dealing death of a family member with Eleanor Rigby, the lines; “Eleanor Rigby died in a church/who was buried along with her name/nobody came/Father McKenzie wiping her dirt with his hands as he walks from the grave/no one is saved” tragic, but very poetic also, the Soul sound of the ‘60s tributes to Motown and Stax with Got to Get You into my Life, and the quirky upbeat dance beat of Good Day Sunshine. Meanwhile, George Harrison is creating magic with his lyrics. The pounding piano rocker of I Want To Tell You, the heavy and dark side of paying taxes including a hard guitar solo and a shattering riff of politics to pay up with money to the Taxman, and the tribute to Indian music comes in after his famous sitar work on Norwegian Wood comes back into the segue with the Tablas and again the Sitar with the sinister monotonous Indian-raga music Love You To while Ringo’s child-like sing along song of a folk acoustic number sailing to sea and greeting people with Yellow Submarine is childish, but quirky at the same, still a great song also that became an Animated film after Revolver in 1968. Elsewhere, John’s back again with some more surprising lyrics that will give you a chill to the bone. She Said She Said, which is a tribute to John’s experience meeting with Easy Rider and The Trip star, Peter Fonda talking about LSD and taking Acid with the Beatles while And Your Bird Can Sing has a very edgy harmony to it, and then back to the drugs situation which deals with drug dealers with Doctor Robert another tribute to the bad trip with a hard rock sound to it and then featuring a church-like organ sound with the line “Well, Well, Well/You’re Feeling Fine/Well, Well, Well/He’ll make you/Doctor Robert” almost like giving the sunshine acid to a stoned person in a good way!
While the Vietnam War and protesters had nearly tried to take over the Hippie and Flower generation of the ‘60s of the Psychedelic scene, The Beatles Revolver stills packs a punch quality to it, its superb remastered quality featuring the clapping rhythms from the fab four, and the dynamic guitar solos from John and George, to move away from the suits into ultimate power clothing that would make every girl faint when they come in. All in all, Revolver is the ultimate trip and gives it a good meaning on what it was like to be young again in the ‘60s.
Posted by znathanson at 8:07 PM