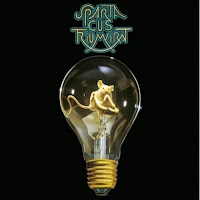 Triumvirat’s third album could have been almost a sequel to their 2-sided concept album, Illusions of a Double Dimple, but having that homage to their heroes ELP and The Nice seems like an excellent idea. Two concept albums and one rock opera into all of its glory for musicians to sink their mouths into which tells the tale of the rise and fall of Spartacus who fought for glory, but sacrifices himself from 73 to 71 BC.
Keyboardist Jurgen Fritz’s idea of doing a rock opera based on the roman gladiator hero was an amazing idea and way ahead of its time, but for him, it seemed the perfect moment for him and the band to get the machine going and making Keith Emerson proud of his accomplishments: The moog and organ solos that fly over the rooftops with The Capital of Power to the lukewarm ballad turned into a dynamic power form on The School of Instant Pain along with The Walls of Doom. Heavily influenced by the prog trios of again ELP and of course Le Orme, they began to develop more and would come up with some heavy compositions that would get the audience and the listener to be wowed over what they were doing.
The concept album’s music is not your typical Prog album that could have been featured on Brain Salad Surgery, with Spartacus beginnings of training to be a better warrior after being a slave, and fighting against the Third Servile War with the Roman Republics going from bombastic to mind-boggling moogs going off the roof and heavy bass lines done by the late Helmut Kollen which his playing is so unique, that you couldn’t let go of the album, because it was beautiful, simply beautiful when you hear it. If the first act dealt with Spartacus rise to power along with the militant rocker instrumental The Deadly Dream of Freedom that ends the first act, then act two gets more sinister and mourning to the death of the roman gladiator.
Naturally, it was shown the aftermath of the battlefield in the amphitheatre that it had a rock musical taste into an almost broadway feel concerning about Spartacus’ safety and how he was going to sacrifice himself to free the slaves in Rome. Pieces like the sinister Burning Sword of Capua which features an eerie mourning keyboard sound from Fritz while Hans Bathelt does some explosive drumming that is a resemblance of Carl Palmer as The Sweetest Sound of Liberty is more of an lukewarm acoustic ballad done by the late Helmut Kollen.
The 8-minute epic, The March to the Eternal City, one of the best centerpieces including the title track, it makes it like a part of a glorified magnum opus that could fill your heart with magnitude. It has the ballad and then the African drum beats while Fritz does some Moogs to fill the storyline for the brave warrior as they go to work like a team as Bathelt drums like a madman while Kollen does a stop and go on the bass lines. Awesome power to get your blood going for more while the final track that goes for Seven minutes and thirty-nine seconds is the love-song turned a little bit of ELP’s Trilogy with Spartacus, a magnificent piece of prog-rock music.
Sadly, this was the last album to feature Helmut Kollen. He wanted to do more of a solo-like material, but that wouldn’t happen. He died in his car of carbon monoxide while listening to some of his solo material in the car in October, 1977. This album is more of a dedication to his voice and the power that the band had with him and the voice he gave to Triumvirat’s magical touch.
A crazy concept album? No definitely not in the Battlefields of Rome.
Posted by znathanson at 3:14 PM