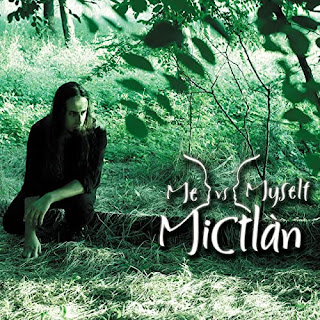 There’s something that has crept upon the waters of vocalizations with a man named Giorgio Pinardi and his voice solo project, MevsMyself. Since 2015 with the debut release of Yggdrasil, he had begun music when was very young by studying opera singing and sung in the child choir of the La Scala Theater in Milan, Italy. After playing with bands, he decided to bring his voice from different perspectives – extended vocal techniques, body percussion, improvisation, and experimentation.

That and his second album, Mitclan which was released last year, showcases Pinardi’s arrangements by travelling through the various improvisations of Mongolian, African Indian, and Bulgarian music. Now, mind you I was very with this type of sound from hearing Herbie Hancock's Watermelon Man from his twelfth studio masterpiece, Headhunters. And two others; Crystal Beth, and the late great Paul Pena.

Who not only wrote the hit song Jet Airliner, but delved into the world of Tuvan throat singing which was covered in the 1999 documentary, Genghis Blues. For Pinardi, he channels those three masters and takes his own spin of vocal percussions with the twists and turns on Mitclan. Giorgio does well on just his voice, but taking us to these various landscapes that structure on where he’s going to land.

Sometimes the genres crossover between Jazz, World, Electronic, Scat, and a touch of Ladysmith Black Mambazo with some tribes of middle-eastern music thrown into the middle. And mind you, it is quite unexpected, but this album is quite a journey from start to finish that Pinardi has taken us into these unbelievable results that you might want to take note on.

While this album took me a long, long time to get into, Giorgio Pinardi’s arranging and composition was really worth exploring into the music of MevsMyself. But it was really something that made me wanted to go back and revisit it again. I don’t recall how many times I listened to, but I went back again and again to give this album my full stamp of approval for 2020. And I hope to hear more from Pinardi in the years to come.

Posted by znathanson at 11:26 PM No comments: 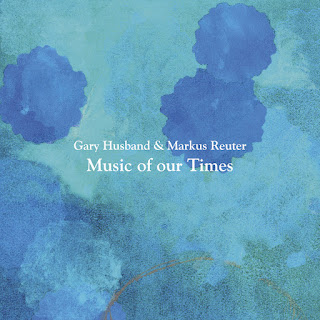 While we’re living in these tricky times in 2020 with the Quarantine situation and COVID-19, music is our comfort zone to get away from those rough moments that we are going through right now. That and the latest release from MoonJune Records with pianist Gary Husband and Touch guitarist/live electronics Markus Reuter entitled, Music of our Times. This is the labels 101st release. Recorded at NK Sound Studio in Tokyo, Japan, Husband and Reuter create these visual soundscapes to capture the structures between loneliness, superstition, beauty, and chambering echoes.

The story goes like this, Leonardo Pavkovic booked a block of studio time in Tokyo after Stick Men were stranded by finishing off a performance in Nagoya at Blue Note. So what he did was to construct a plan “B” idea for both Gary and Markus before their return flight. And it was all recorded in one night.

Similar to what John Coltrane did with A Love Supreme being recorded for one night at Van Gelder Studios in Englewood Cliffs, New Jersey on December 9th, 1964, Music of our Times carries that torch, but with a strength of surreal beauty that is finally brought to life. With the usage of Fazioli F212 Grand Piano, Husband creates some of these darker passages with an echoing hallway effect.

For Markus, he follows Gary by becoming like a painter of sorts as they’re following in the footsteps of both Jackson Pollock and Julian Schnabel. They’re looking through their exhibitions between both original and plate paintings that are brought to life as if they’re walking through the stories inside those portrayals that are unleashed for the first time.

Some of the pieces including the intensive title-track, channel the crossovers between Keith Jarrett’s playing, meets the soundscapes of Klaus Schulze’s Irrlicht while delving into the dooming structures of Manuel Gottsching’s playing on Ash Ra Tempel’s Traummaschine. They work well together to create these mournful scenarios. On White Horses (For Allan) you can feel the spirit of the late great Allan Holdsworth in this arrangement.

Reuter channels his visual styles to make his own take of the SynthAxe while Husband follows him by going through the loops and walking towards some cavernous reverb effect as Markus’ instruments cries out to the gods by making sure that Allan is watching up from above and understanding that he’s got their backs, no matter what will happen next.

Colour of Sorrow at first sounds like the bass riff intro on Justin Chancellor’s Schism from Tool’s Lateralus. But it becomes different the way Husband goes into the abyss while walking down the stairs to see this glowing light approaching the duo at the right exact moment for them to fly off into the distance.

Now this was a big challenge for me that MoonJune Records have unleashed in 2020. It took me about six to eight listens. Mind you, I had a few albums that I listened that were very challenging at times. And my ears had no idea on whether or not this album was either going to sink or swim.

But for me, Music of our Times is the perfect swimming exercise to listen from start to finish. MoonJune Records have never disappointed me with some of the greatest releases they’ve unleashed. And who knows what the label will think of next. But for Husband and Reuter, in the words of Steve Winwood, “Who knows what tomorrow may bring?”

Posted by znathanson at 9:58 AM No comments: